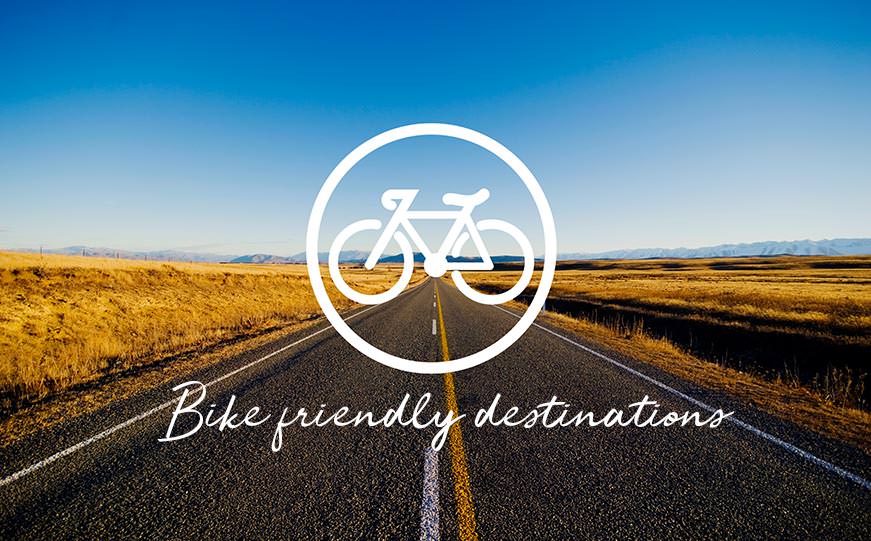 Cycling holidays are getting more and more popular. It’s a fun, healthy, and eco-friendly way to explore a region. There are plenty of destinations in the world that offer bike-friendly routes where you’ll be able to reconnect, discover beautiful landscapes or hidden gems.

We’ve gathered a few destinations that could be a great choice whether you’re an urban lover or a nature fan. 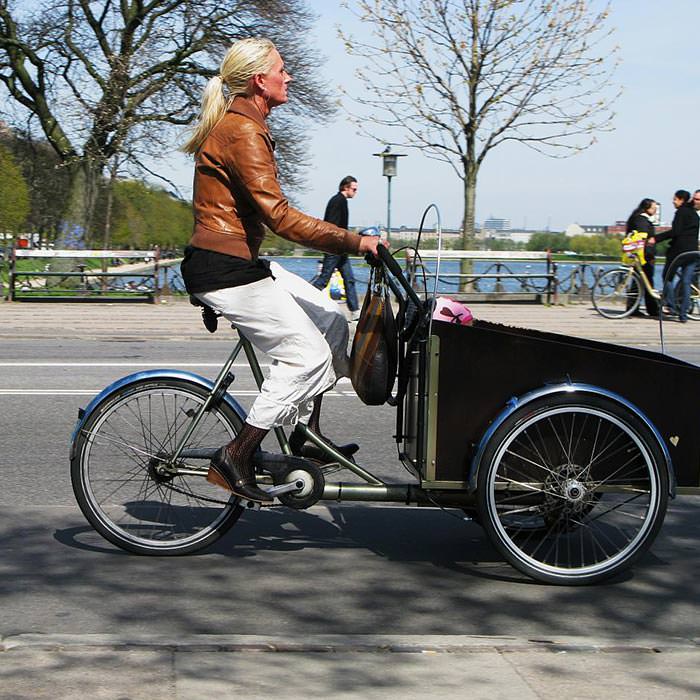 Denmark counts more than 12,000 km of cycle tracks and lanes throughout the country. If you want to experience Denmark and head to Copenhagen, you may be surprised to see more bikes than cars in the city.
Everything is made for two-wheel travellers and cycling is pretty much a philosophy. You could wonder if kids learn to walk or cycle first.

Copenhageners own 5 times more bikes than cars. 25% of all families own cargo bikes when they have children. 41% of all trips to work or to school are done by bike. Daily 1.4 million km are cycled in the city on an average weekday. So whether you want to do a whole bike road trip or just make a quick guided bike tour with locals to discover the city, Copenhagen is definitely a must do on a bike.

Here’s a company that organises tours, guides are all locals and bicycle enthusiasts Cylcing Copenhagen and another one Green Bike Tours that makes you discover the green and sustainable Copenhagen. 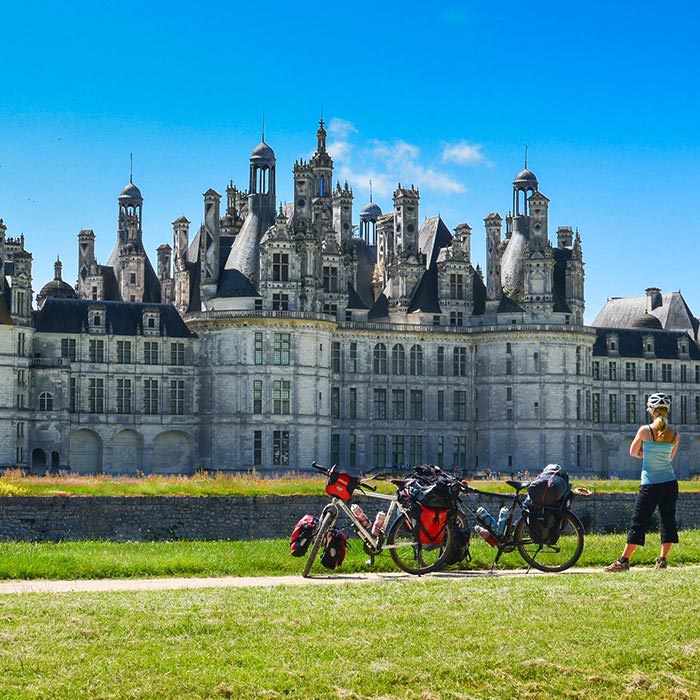 Did you know, France is the second biking destination in Europe after Germany?

In 2018, France received the Eurovelo price during the International Tourism Tradeshow in Berlin for being the favorite cycling destination of Eurovelo Routes.

France counts nearly 13 600 kilometres of cycling routes and greenways. The most famous being La Velodysée on the Atlantic coast, La Loire à Vélo (a nice way to visit all the castle along the Loire River) or the Tour de Bourgogne by bike.

If you’re more of an urban holiday fan, over 30 cities offer self-service bike systems like Paris, Bordeaux, Lille, Lyon, Montpellier or La Rochelle, to name only a few.

Another interesting point if you’re preparing a cycling holiday in France, there is an official certification for bike friendly accommodations called Accueil Vélo. They are generally located within 5 km distance from a cycling route and offer services and facilities specifically for cycling travellers. 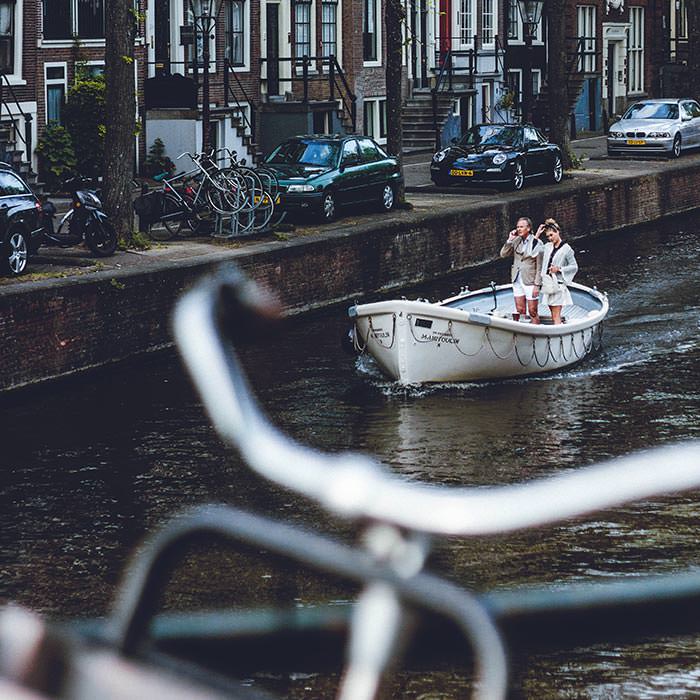 Another urban destination where cycling is part of the citizens philosophy.

If you get to Amsterdam by train, look right when you get out of the station and you”ll probably be impressed by the bike parking which is, if not the biggest in the world, the largest we’ve ever seen so far.

The Amsterdam Bicycle Networks is 767 km and there are 881 000 bicycles in the city! Don’t miss a visit to the famous canals by bike, and you’ll definitely feel like a local.

If you want, you can find suggested cycling routes on the iamsterdam website 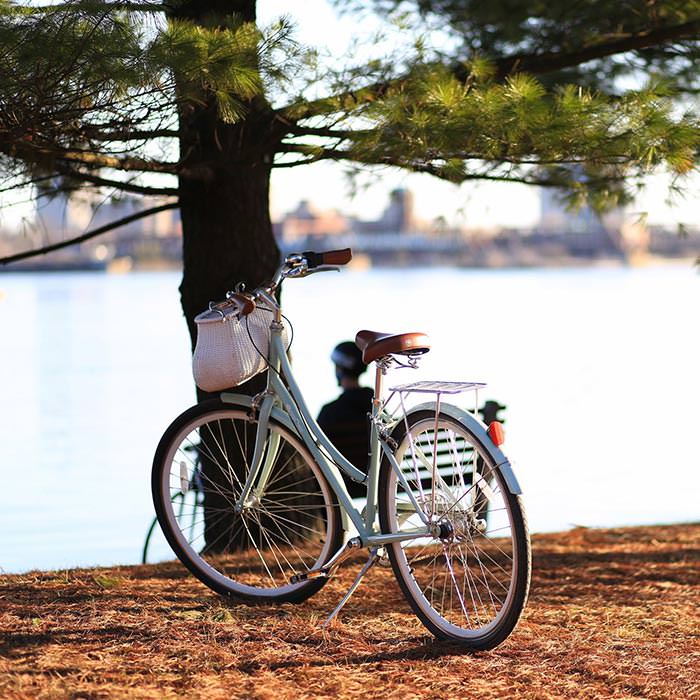 How about visiting Canada on two wheels? If you are up to it, La Route Verte cycling route could be a great one.

The green lane is 5,300 km easily accessible to bikes, that allows you to cycle across Quebec from east to west. The very well documented website helps you prepare your trip easily and all you’ll have to do is cycle through the region and enjoy the magical scenery.

As in France, Canada has a network of accomodations that are certified “Bienvenue Cyclistes” which offer facilities dedicated to bicycle travellers. 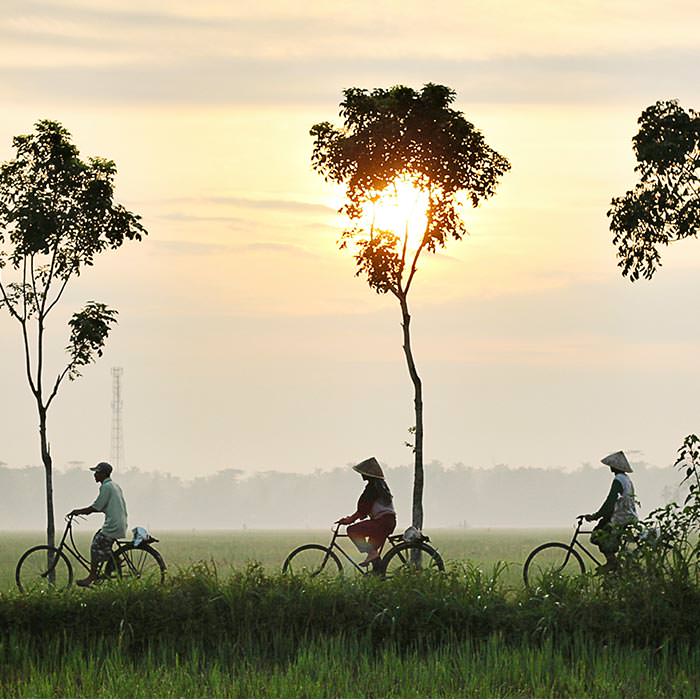 Everyone knows the official transportation mode in Vietnam is a scooter. But for a slower version, both Hanoi and Ho Chi Minh have historical sites cycling routes.

For the more courageous, some tour organizers offer a cycline trip between both cities, that lasts 12 days. The full distance is over a thousand kilometers ! Roads can be rough, and weather hot and humid, so it is probably recommended for more experienced two-wheel travellers. 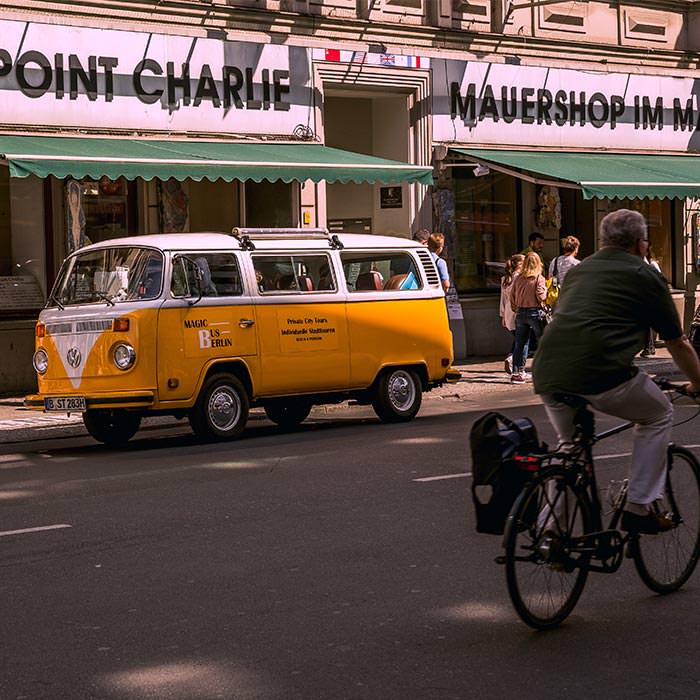 As we mentioned earlier, Germany is the first European Destination for Bicycle tourism.

If you’re heading there, we suggest visiting the capital by bike. This very spread-out city will be friendly to visit on two-wheels since bikes count for 13% of the daily traffic here.

If you have to choose one trail, consider The Berlin Wall Trail (Berliner Mauerweg).
The 160 km circle route traces the course of the former GDR border fortifications. You’ll see sections of historic interest, with traces or remains of the old Wall. More info https://www.berlin.de/mauer/en/

Bagan is an ancient city in Central West Myanmar that used to be the former Kingdom’s capital from the 9th to the 13th century. At Kingdom’s height, there were over 10 000 temples in the cities area alone. Today, the archaeological zone counts over 2 000 temples, some of them having suffered during the last earthquake in 2016.

The temples are disseminated through the area and can be easily visited either by bike or by e-bike. The small temples, less touristy than the renown ones are only accessible on sand (or mud during rainy season) tracks. Which is why a bike is the best option.

E-bikes, make it easier if you plan to visit the 2 000 temples in only a few days and can be a good option during the very-hot season. If you’re heading to Myanmar, make sure you don’t miss it. 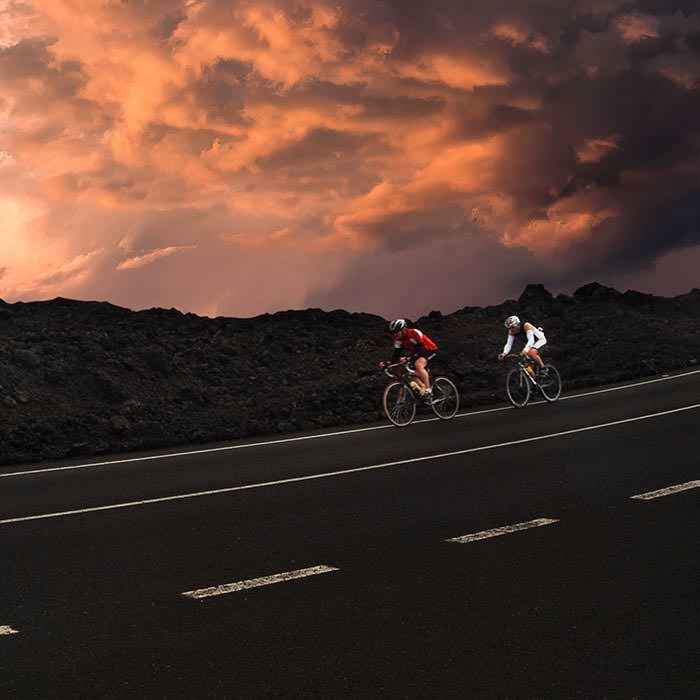 This island of the Canary Islands Archipelago is a very popular cycling destination.

Its reputation for cycling comes from the fact that there are numerous flat roads, and many cycling routes have very little car traffic. Still, remember that the volcanic landscape of the destination will necessarily make you have to ride up some hills from time to time, so check the maps before you leave if you’re not a climbing fan.

One popular route on the Island will take you for the centre of the island up to Mirador del Rio in the north hills where you will have spectacular views on the other archipelago’s islands. 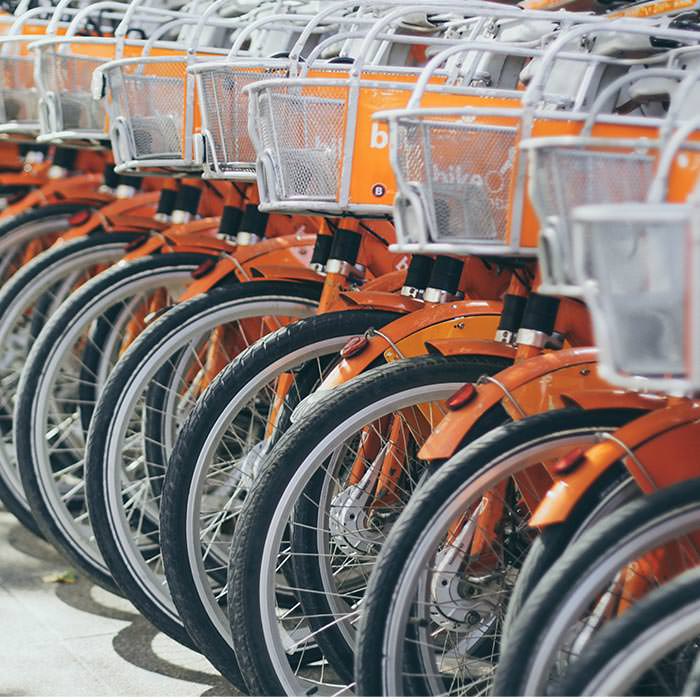 Portland is one of the many USA cities that puts a lot of effort in sustainability and environmental protection and one of the axes of their strategy is to increase the accessibility and use of bikes.

The city counts a little more than 500 km of cycling paths, almost as much as Amsterdam, Netherlands ! The city also has a bike-share rental program to encourage people to cycle rather than to take their car around the city. Learn more on https://www.biketownpdx.com/

We kept this one last, because it’s for experts! If you have three months, one of Americas most famous mountain bike trails is this one. You can go from Alberta, Canada to the Mexican Border.

The total length is almost 4,5000 km and was defined by the Adventure Cycling Association. Since it crosses mountains, experts recommend not going there before mid-June nor later than the end of September.

Of course, this route goes through mountains and rough areas so it is recommended for advised bikers, that are trained and have good navigation skills (the route is not signposted).

For more info on this one ,  visit the Adventure cycling Association website

How about you, what’s your favourite destination for cycling holidays? Share your experience with us in the comments