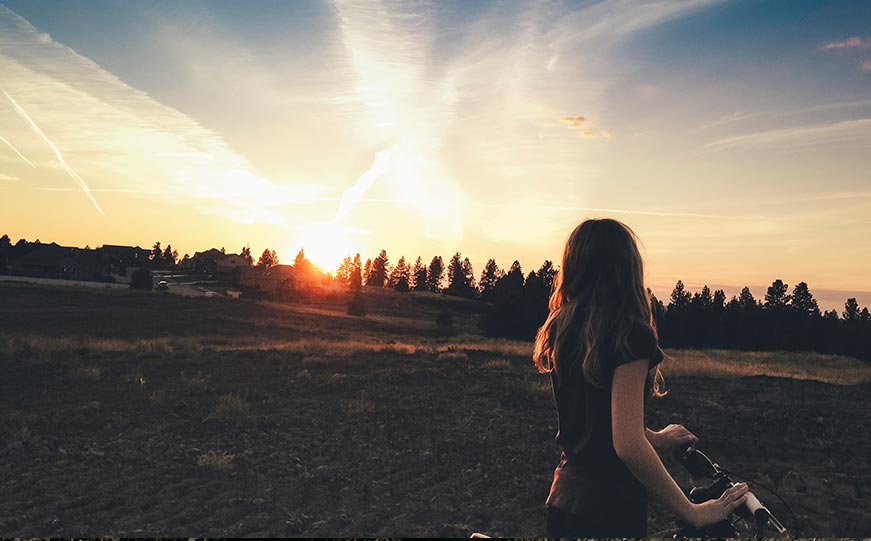 Cycling holidays are gaining momentum among eco-friendly travelers. It’s an active, clean and slow way of discovering a region and experiencing off the grid villages that you would not see on a road trip by car or by train.

Europe is an excellent destination for a bicycle holiday, with many dedicated trails, for all levels.

Here’s our selection of some of the best cycling routes in Europe to inspire you for your next bicycle trip. 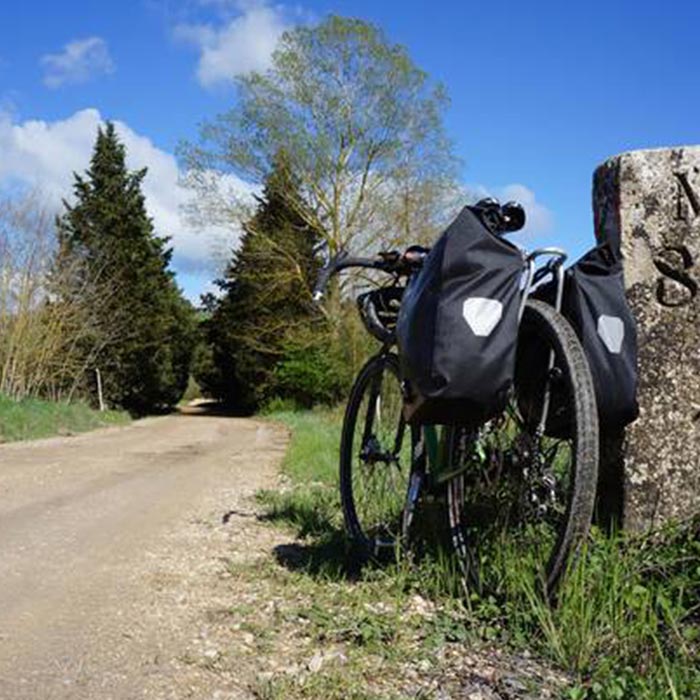 This pilgrimage route is the longest cycle route in Italy covering a little more than a 1,000km. This 1,000-year-old route connected Canterbury to Rome.

The cycling trail signage was completed in 2016. It runs from the Great Saint Bernard Pass at 2469m altitude to Rome in 23 legs.

Famous across all Italy, it is known to be quite difficult and recommended for experts. 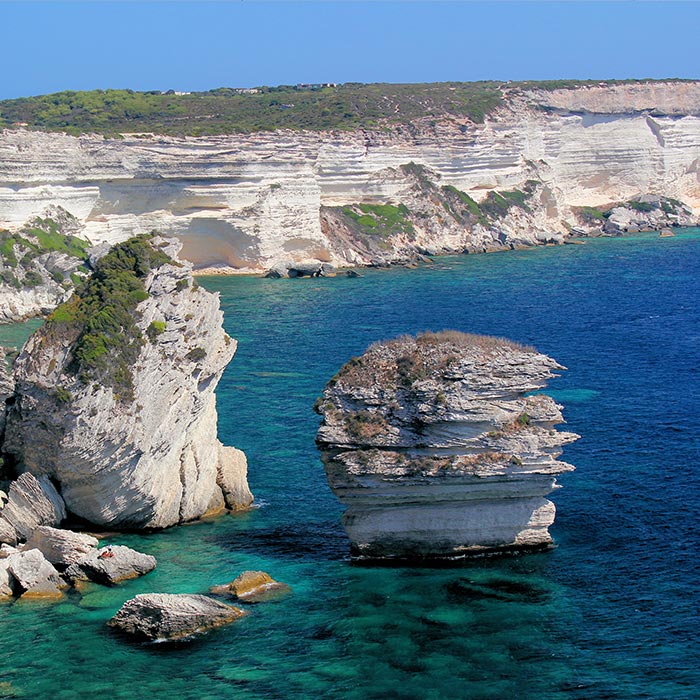 Launched in March 2019, the GT 20 in reference to the famous GR 20 hiking trail through Corsica, France is a 500 km cycling route taking you from Bastia up to Bonifacio in 13 stages.

The whole route will take bicycle lovers 10 days and the highest elevation is 1 400 meters.

Cyclists will be rewarded by magical sceneries between mountain and sea. This cycling route was thought for all bicycle levels from experts to beginners, and will be possible even with an e-bike, thank’s to a young e-bike start-up based in Corsica, who installed charging stations for e-bikes all along the way. 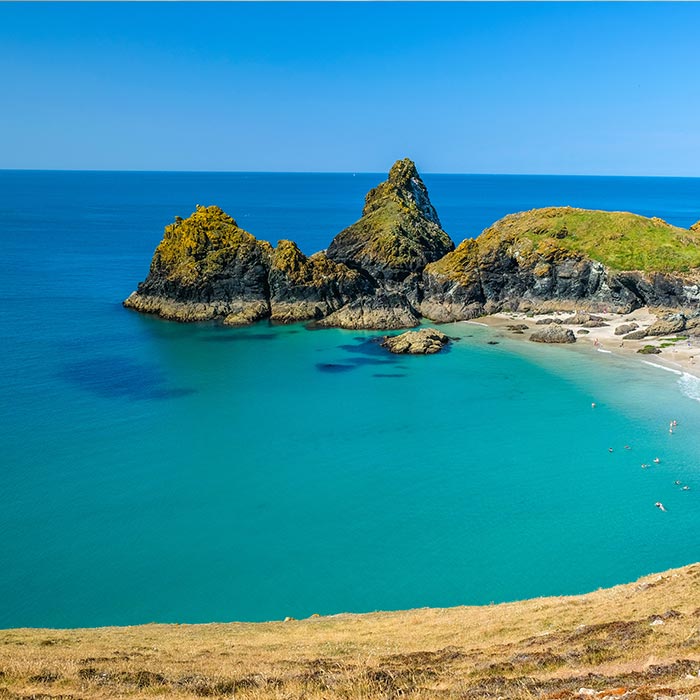 This 288 km cycling route across Cornwall is part of UK’s National Cycle Network.

It was designed for cyclists to keep away from major traffic roads and to explore the region through historic towns, fishing villages and nature areas. Cyclists can choose trail variations whether inland or on the seaside.

Cornish Wall route leaves from Land’s End, Britains most south-westerly point, all the way to Bude. A great way to discover this stunning region and a promise of spectacular scenery on the way. 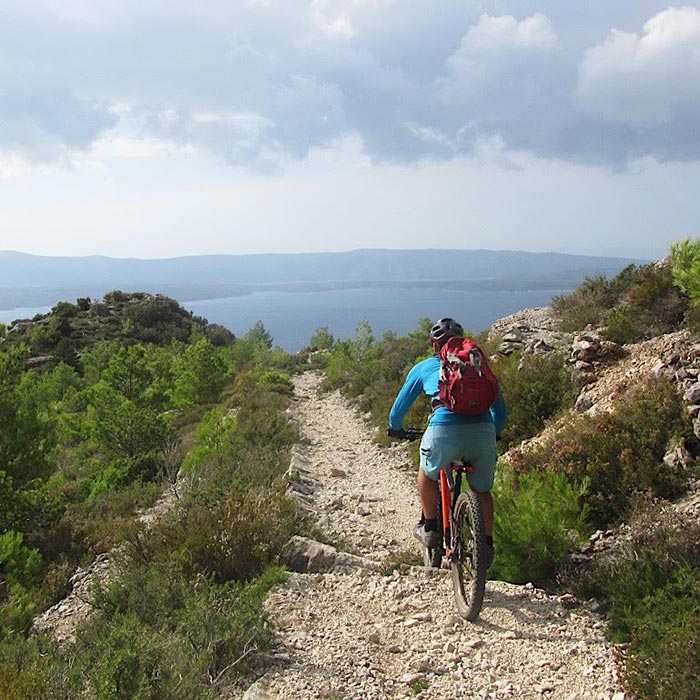 This mountain bike trail, crossing Slovenia, Croatia and Bosnia was born in 2016 through the collaboration of three tourism operators.

This epic cycling route beginning in Slovenia, close to Italy, goes along the Adriatic coast and ends in Sarajevo.

The creators of the route are willing to make it one of Europe’s biggest mountain bike trail, which will cross eight countries in the Balkans. 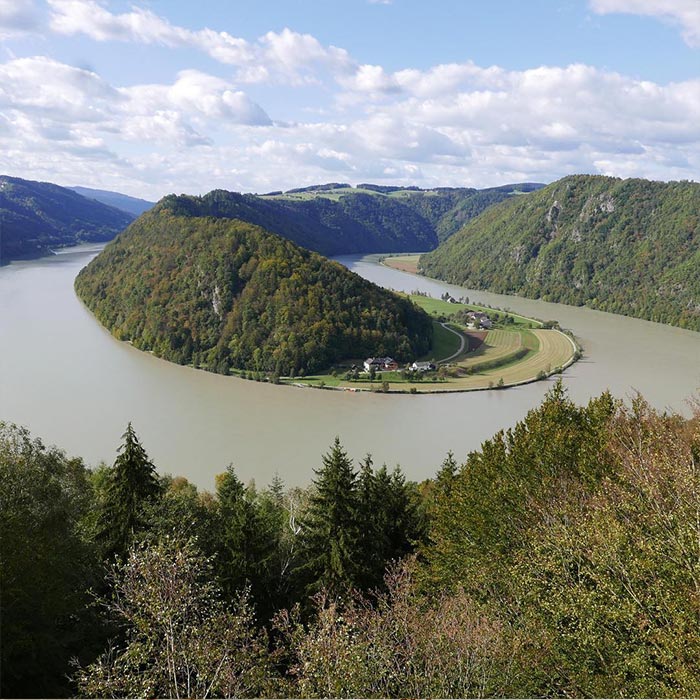 This 917 kms route starts in Passau Germany and follows the Danube River up to Vienna. On the road, castles, vineyards, fruit orchards and abbeys will charm you. This iconic Bike route in Austria is 90% traffic free and said to be flat almost all along the way.

The best season to cycle along the Danube is mid-summer. To avoid the crowds, most guides recommend starting your day early and planning your trip to start in mid-week rather than during a weekend. 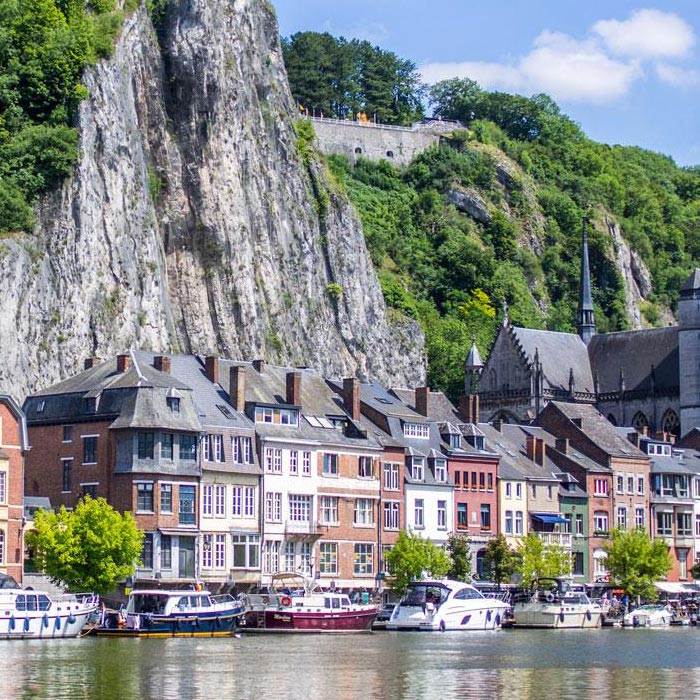 The newest addition to the Eurovelo Network was launched in March 2019. EuroVelo 19 is a route of over 1000 kms crossing France, Belgium and The Netherlands. It follows the river Meuse from its source in Northern France to the Dutch North Sea. You’ll cycle through charming villages and cultural sites. 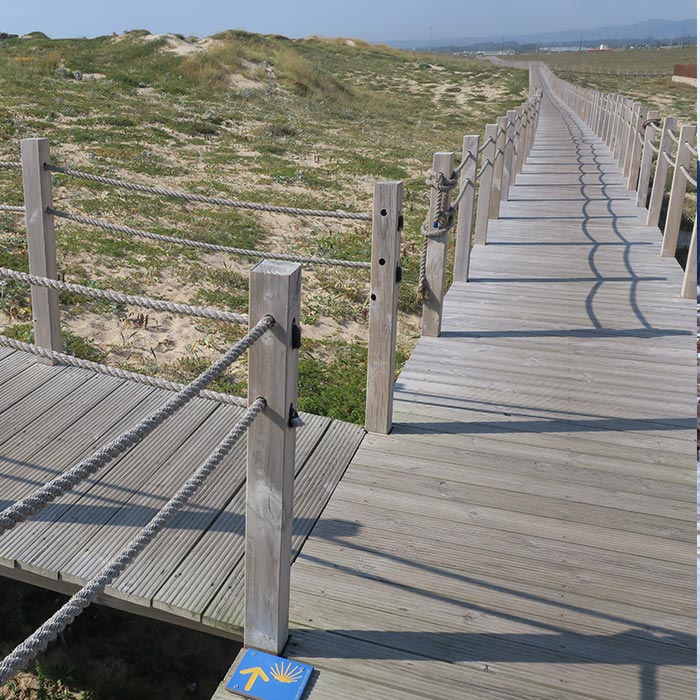 Famous around the world, the Camino de Santiago is traditionally walked by Pilgrimers.

The Portuguese section also known as Caminho Potugès is becoming famous among cyclists that are touring Europe. The full route leads cyclists from Lisboa to Santiago de Compostela in Spain and is 610 km long. For a shorter version, a lot of cyclists choose to start in Porto for a 280 km section mainly along the Portuguese coast. 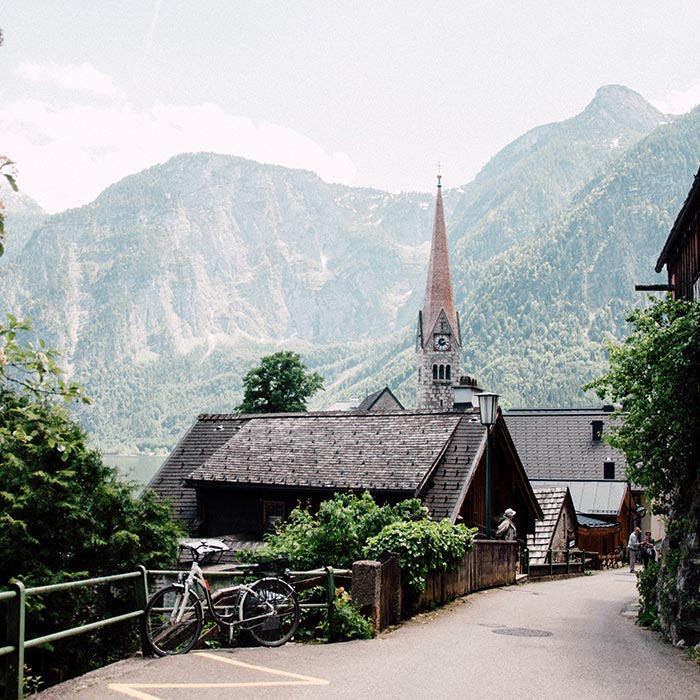 For mountain enthusiasts, the Via Claudia Augusta in Austria allows going through the Tyrol region on a 2000-year-old route. This ancient road that took 60 years to build by the romans was the first road connecting the Adriatic sea with Germany.

With its 130 kms, it’s path takes you from Füssen to the Fernpass peak, Landeck and Nauders and finishes at the Resia Peak at the Italian Border.

Austria is also known globally as a Mountain bike Mecca, the Bike Trail Tirol is the longest of the Alps for Mountain bikes and loops around the region along 1,000 kilometers. Each stage of this look (32 in total) is described on the tyrol  tourism information board website 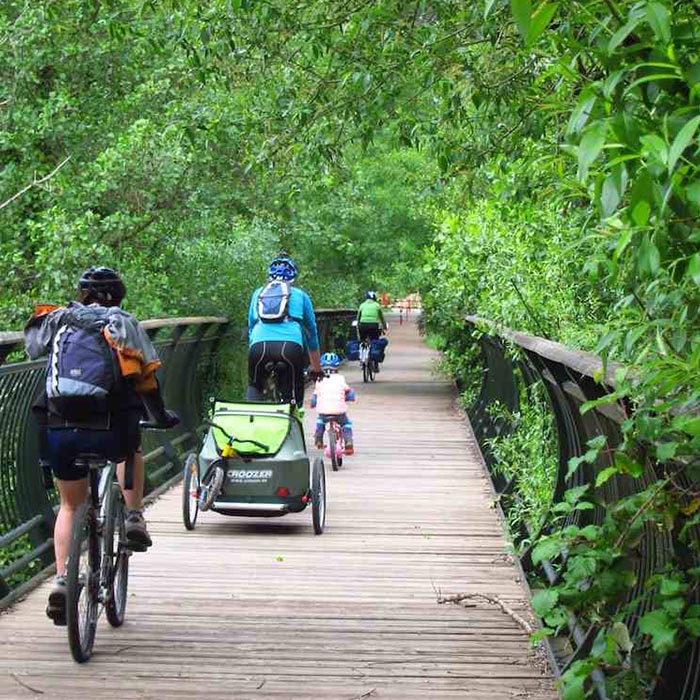 Spain is a famous destination for cycling holidays.

Among all the itineraries you can chose from, we found an interesting option. The Vias Verdes or green-ways are cycling routes which were former railway lines. Since 1993, they are being transformed for cyclists and hikers.

As of today, there a 2,700 km of Vias Verdes accross the country. Over 100 routes are open and all of them are car free. As short as 2 kms to over a 100, these a secure way to discover spain by bike with the whole family. 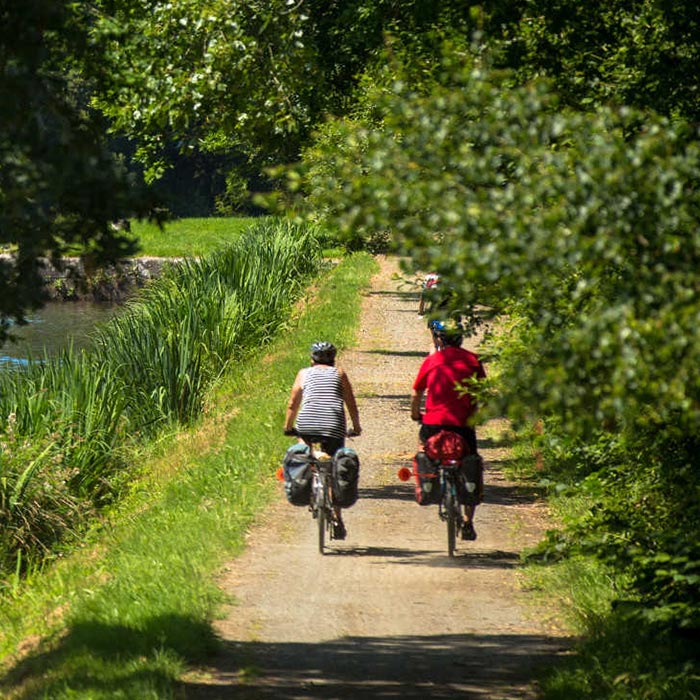 Part of the EuroVélo 1 trail, the Velodysée is one of France’s most famous cycling routes. Starting in Roscoff, it will lead you to Hendaye in France’s basque country.

As long as 1,200 Kms, 70% of the Velodysée is made of traffic-free paths. The longest cycling route in France is a great way for a coastal cycling holiday, with plenty of sightseeing spots along the way.

Know other cycling routes in europe that are great for an eco-friendly holiday, or tested on of these? Come share your experience in the comments