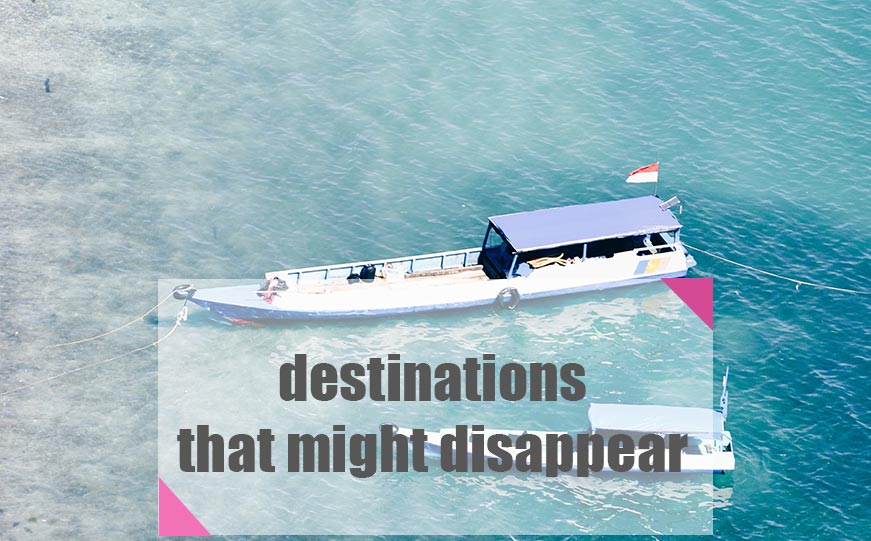 The summer is still on and yet everyone already agrees that 2019 summer was one of the hottest in history.

Between fires, heatwaves, and drought, the effects of climate change have become more concrete and visible for many of us.

No region escapes to the threat of climate change, some destinations are more affected than others and are at risk of disappearing. And don’t think it’s limited to distant countries or small islands in the middle of the Pacific. 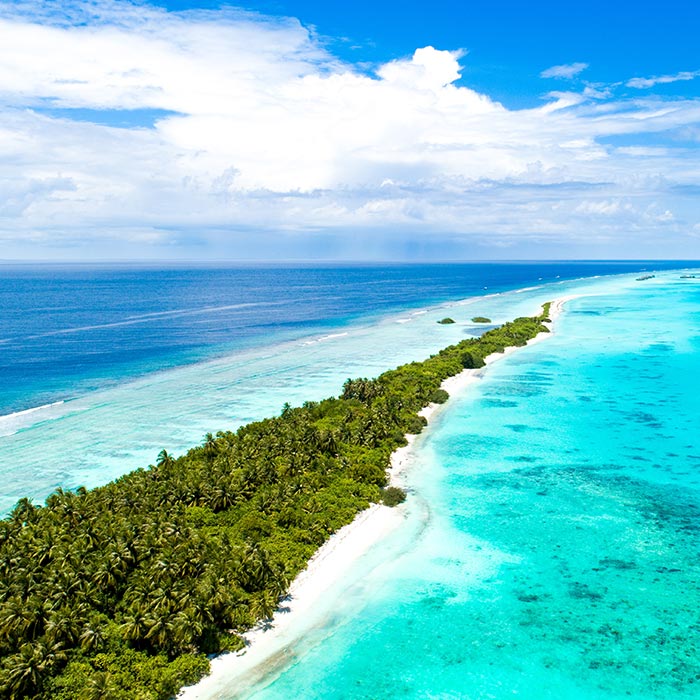 The Maldives, a popular destination for its turquoise waters, its many atolls and it’s luxury resorts  is in danger of being wiped off the map.

The rise of the oceans.  The archipelago is composed of 1192 islands, more than 80% of which are also less than one meter above sea level.

According to the latest IPCC report, sea level will rise by 26 to 77 cm by 2100. Experts all agree that the archipelago could be entirely submerged by then and that its inhabitants will be among the first climate refugees. 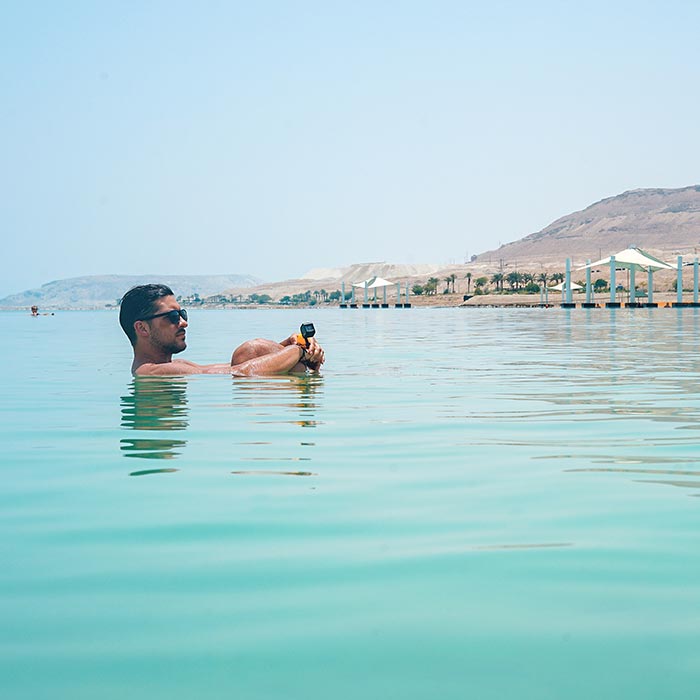 The salt concentration of the Dead Sea and its black mud give it thermal properties and also make it a tourist attraction. Travelers gather on its banks to admire the scenery and experience the magic of floating without a buoy.

The Dead Sea has already lost a third of its surface area since 1960.

The decrease in rainfall but mainly irrigation.

ed by the overexploited Jordan River, the Dead Sea may have disappeared entirely within the next 30 years. 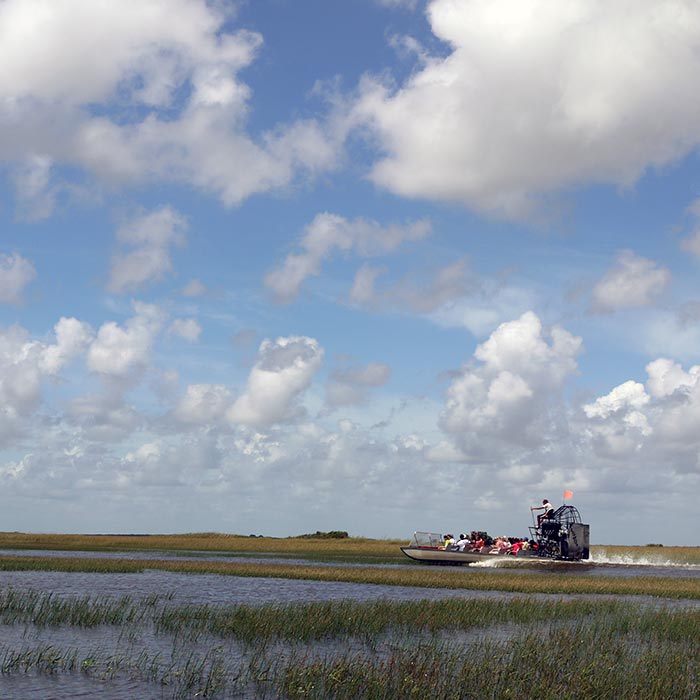 The Everglades, Florida’s main ecological reserve, is a popular destination for those crossing to travel to the United States.

This area, which has more than 350 bird species, is already on UNESCO’s list of threatened sites and for a good reason: its surface is continuously shrinking.

Global warming, rising water levels, urbanization and overexploitation of agriculture have gradually prevented fresh water from flowing through this vast swamp known as the “grassy river”.

As a result, saltwater enters the wetlands and dries them out irremediably. 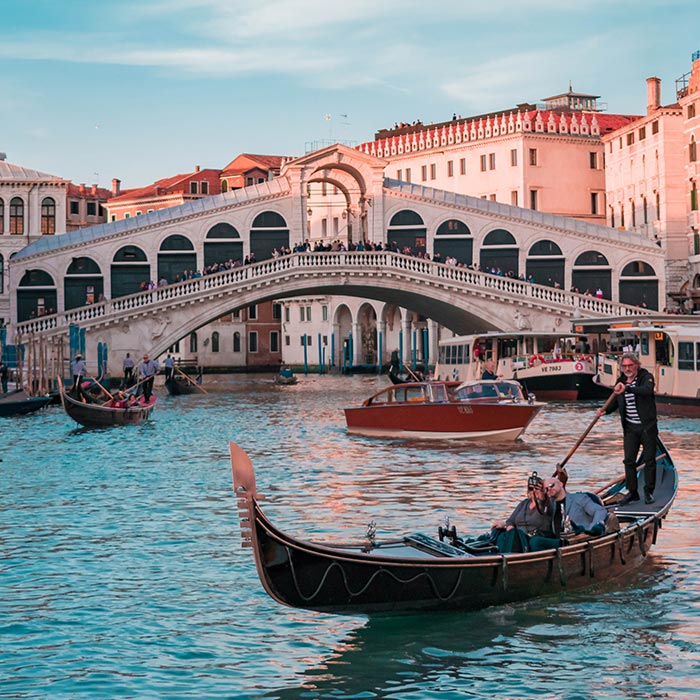 Venice has made a lot of headlines this year, around mass tourism and especially cruise ships that bring crowds of tourists every day.

But, did you know that the city of the Doges is doomed to disappear?

Rising water levels. In 2010, a UNESCO report pointed out that the Doge’s City, which has always been affected by floods, would undoubtedly disappear. With global warming, the rise of water is accelerating, and Venice could be underwater within 80 years. 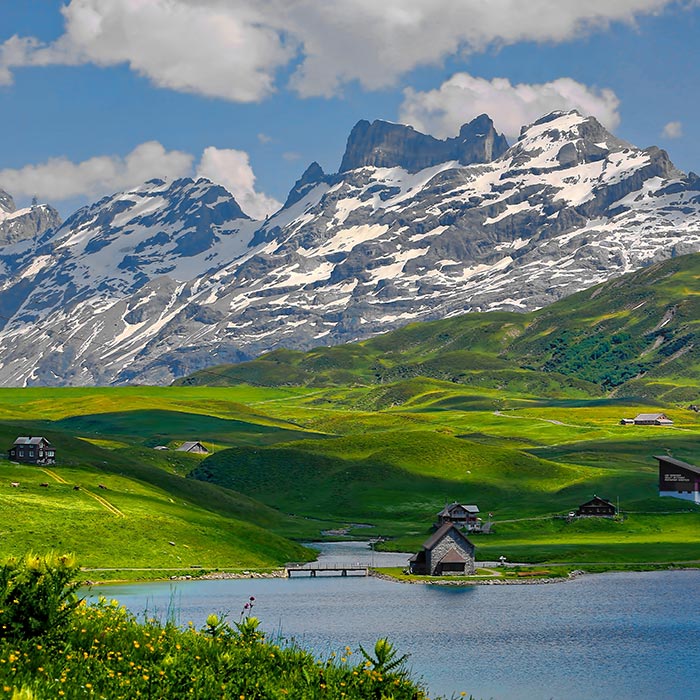 Popular among mountaineers and skiers around the world, the Alps are getting warmer and warmer. So warm, that skiing in low altitude resorts, may not be possible at the end of the century.

Greenhouse gas emissions. With the increase in temperatures, you may no longer be skiing in the Alps by the end of the century. At least that is what the cryosphere already alerted us on in its 2017 report. A report that predicts that the Alps could lose 70% of the snow cover. 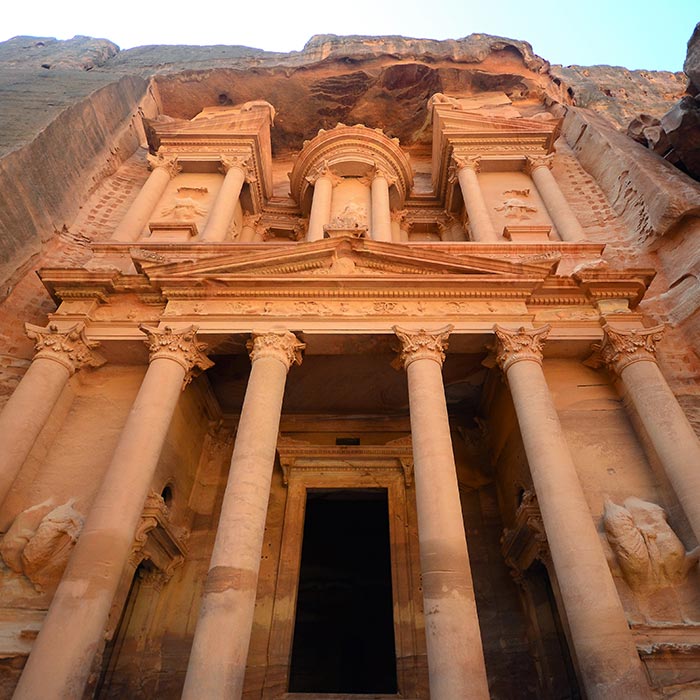 Known as the Pink City, Petra is a World Heritage treasure. A gem that many travelers want to admire one day with their own eyes.

Unfortunately, this ancient city seems destined to collapse and will no longer be visible in a few years.

Rain, salt, sun and wind causing the city to crumble. Water infiltration and erosion create many cracks in this city carved into the rock. As a result, there is a real risk of collapse. 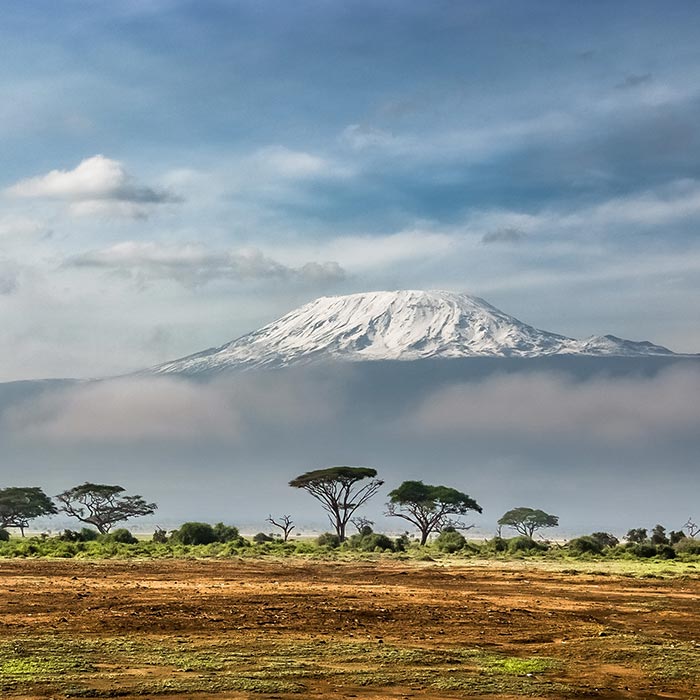 For many people, Tanzania rhymes with Safari. For others, going to Tanzania is a bucket-list destination to hike to Mount Kilimanjaro, the highest peak in Africa, and admiring its fauna, flora and eternal snow.

But its glacier should soon disappear. 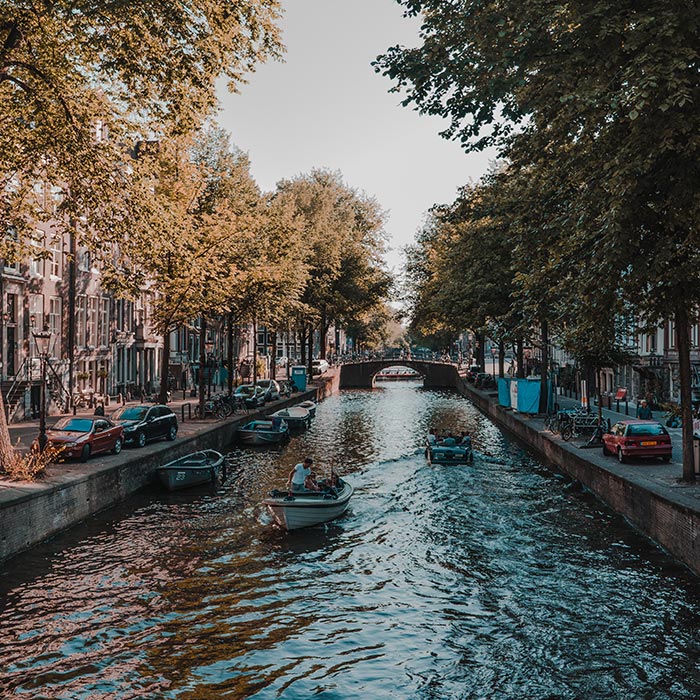 We often talk about Amsterdam, the little Venice of Northern Europe. Its canals, museums, and parks make it an ideal destination for an eco-friendly city break.

Bordered by canals, the Dutch capital could well find itself in the water by 2050. 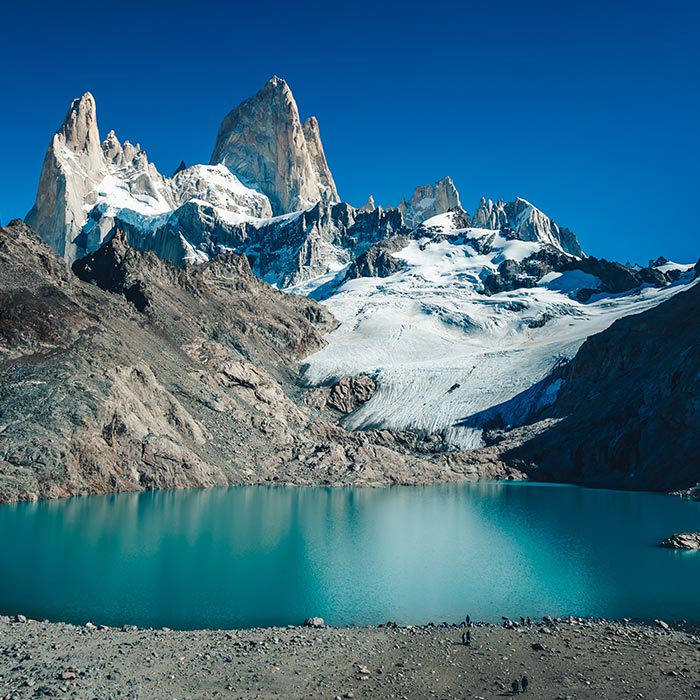 The absence of rain and global warming are causing glaciers to shrink in this region of Chile, which is highly popular among round the world travellers. 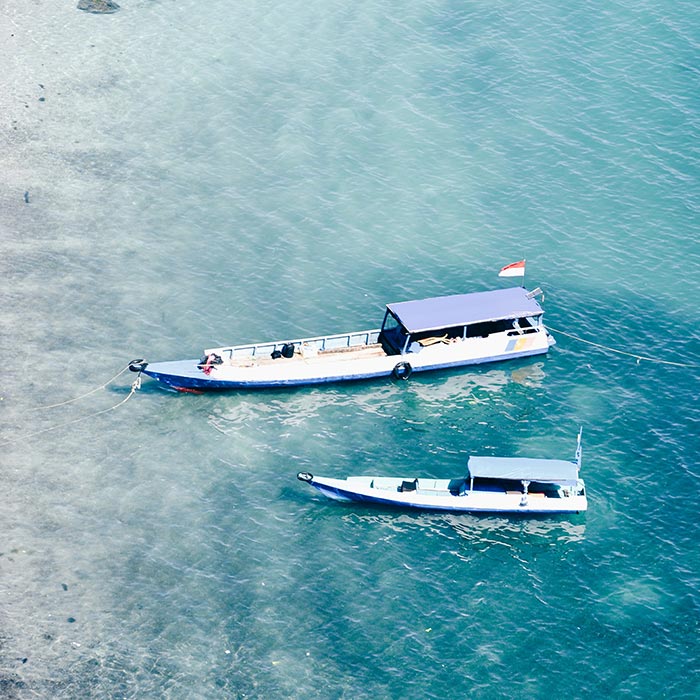 In Indonesia, Komodo Island, which announced during the summer that it would close to tourists for a year to protect its famous little dragon, is also at risk from climate change.

This small island, part of the archipelago of the Sunda Islands, is known for its exceptional ecosystem, its corals and the Komodo dragon, the largest living lizard species.

Increased rainfall and coral acidification are already affecting this diver’s paradise, which could also disappear below the surface of the water as the oceans rise.

All regions of the world are affected, and the list of destinations threatened by global warming is long. Many scientists are working on solutions to limit the damage. At our level, as travelers, to limit our impact, it is up to us to adopt eco-friendly practices wherever we travel.

How many of the Philippines and Indonesia Islands will disappear ? Jakarta is already sinking, and it is far more populated than Venice. Think about the huge consequences for all those living there….where will these folks relocate to ?

View All
1
0
Would love your thoughts, please comment.x
()
x
| Reply