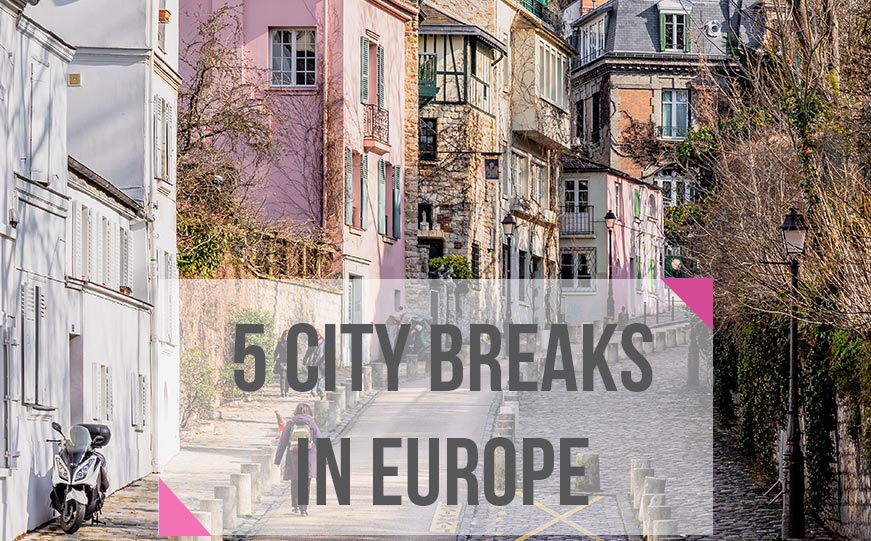 If you ask us the best season for a citybreak in Europe, our answer is definitely Autumn.

With less crowds and heat than during the summer months, European cities are ideal to visit before the end of year rush.

To inspire your next citytrip, in this sustainable travel ideas series, we’ve selected 5 of the european cities to consider for your next holiday this autumn.

And the cherry on the cake, is that they’re all accessible by train. 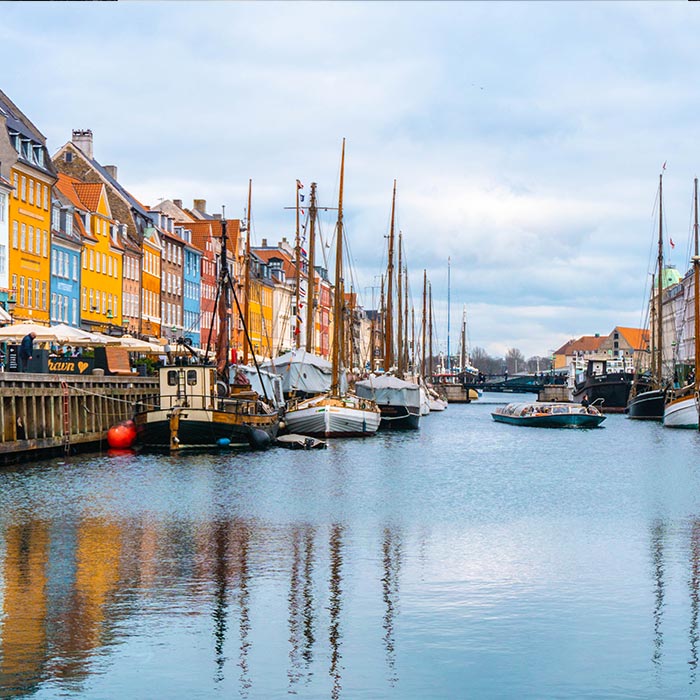 Why you should go ?

Elected European Green Capital in 2014, Copenhagen is the ideal destination if you want to a scenery change, just a few hours from France, Germany or the UK.

The city has many attractions that can be easily visited in a few days on foot or by bike.

Fall lovers will enjoy a stroll in one of the city’s many parks, which are garnished with their most beautiful colors during this season.

Those who want to push beyond the limits of the city can  take a 20 minute train ride to head to Dryerhaven, namely the deer forest, for a walk and observe the over 200 deers that live there freely.

In rainy weather,  head to the city’s monuments, castles or museums, or take a stroll in the gardens of Tivoli. The city’s historic amusement park, which is in Halloween colours from mid-October to early November.

Our trick to visit the city differently:

Consider an alternative visit of the city, with green bike tours, to get a glimpse of what makes Copenhagen a sustainable city.

Clean transport modes required. You are in a city with more bicycles than cars. If you opt for public transport, plan to use the Copenhagen card giving unlimited access to the entire network and free access to the city’s museums.

Getting theRE without a plane?

To reach Copenhagen by train from Paris or Brussels, count 14h00 by train, 15h30 from London 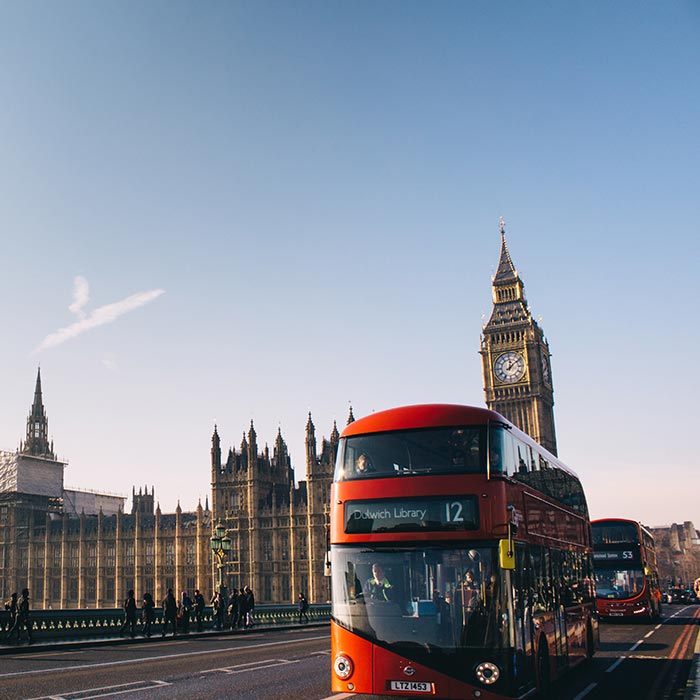 It’s not the first time we tell you that the British capital has more than 30% of green space. Autumn is the perfect time to greet the squirrels of Hyde Park or visit the gardens of Kensington.

Less visited than during the holidays or the January sales period, London in Autumn is also an opportunity to enjoy free events.

OUR tip for an eco-friendly citybreak in London

Eat healthy in one of London’s veggie, locavore or organic restaurants and stay in an eco-hotel. For example, the team’s favourite 2018: the zetter hotel, in the Clerkenwell designers’ district.

Going there without a plane?

Because the city is less crowded and the light so special at this time of year makes the canals even more beautiful.

But also because the season is perfect for discovering brown cafés, the name given to Amsterdam’s pubs and part of the city’s culture.

Museum lovers will be delighted to learn that the Amsterdam Museum Night early November allows you to enjoy the many museums in the city until two in the morning.

Avoid it if you don’t like the crowd during the Saint-Nicholas parade mid november as much as during the Amsterdam Marathon weekend, usually around mid-October.

Our eco-friendly tip for your stay in Amsterdam:

Head to the old municipal greenhouses of the city to eat at De Kas, for a locavore experience with a starred chef.

For your nights, choose one of the eco-friendly hotel in the Dutch capital, all accessible in a few minutes by metro or tram from the main station

Going to Amsterdam by Train? 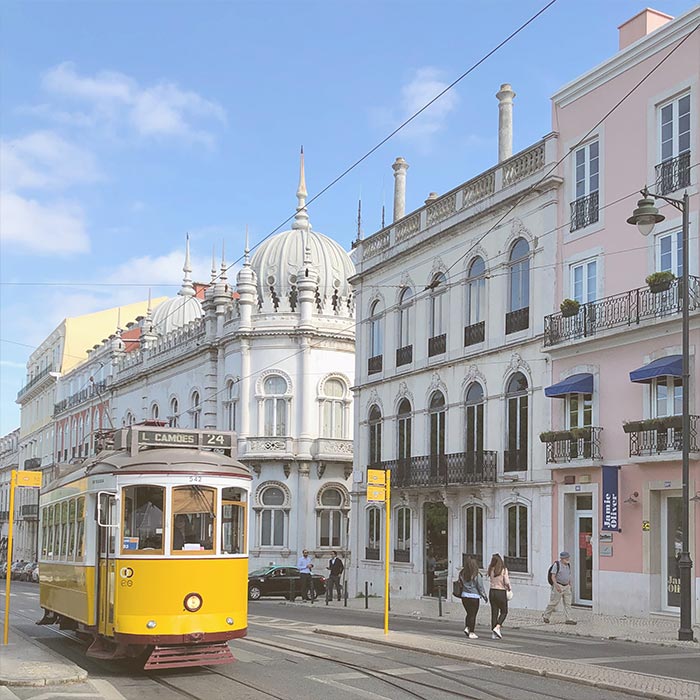 Lisbon has been elected European Green Capital 2020. An opportunity to see what the city is doing in for the environment.

Or simply, to eat a pastel de nata once in your life, which everyone talks about with stars in their eyes when they return from a city break in Portugal.

But above all, because it is the ideal time to visit Lisbon. Not too hot, and quieter than in spring and in the middle of summer.

The weather is therefore perfect for a weekend of discovery of the Portuguese capital, its main monuments and its historic streets.

Pre-order your Lisboa Card to use the metro, trams; a few trains and even enter 35 cultural sites of the city free of charge.

the veggie scene seems to be in full swing in the capital, but none on Holiable yet. Come and share your discoveries of eco-friendly places and suggest them to us.

Going there by train?

It is difficult to reach Lisbon by train if you have a 24-hour stay planned. But possible if you take more time, night trains exist between Hendaye, France and the Portuguese capital. 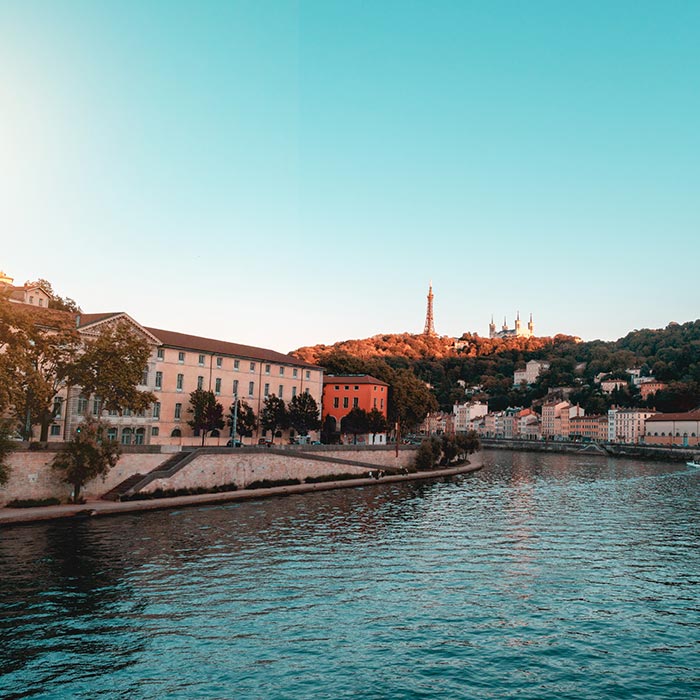 Elected European Capital for Smart Tourism in 2019 on an equal footing with Helsinki, Lyon is a perfect city for an eco-friendly getaway in the city.

The French capital of gastronomy can be visited on foot, by bike or by boat.

We like to get lost in the traboules of the old lyon, stroll along the banks of the Rhône or the Saône Rivers, or run in the leaves in the park Tete d’Or.

The extra thing? The city greeters of Lyon, volunteers who help you discover the city and the less known districts, free of charge to travelers who register

There is a choice between all means of soft transport and public transport is unlimited with the Lyon City Card, which also gives access to the city’s cultural sites;

Going there without a plane:

It is so easy to get to Lyon without a plane from most major European cities like Brussels, Amsterdam, Berlin, Madrid or London and Rome.

Prefer staying in Paris? See our eco-friendly restaurants to check out on a parisian visit

Ever visited one of theses cities in Autumn or have another favorite destination in Europe for a city break with plenty of sustainable travel options? Share your story in the comments.