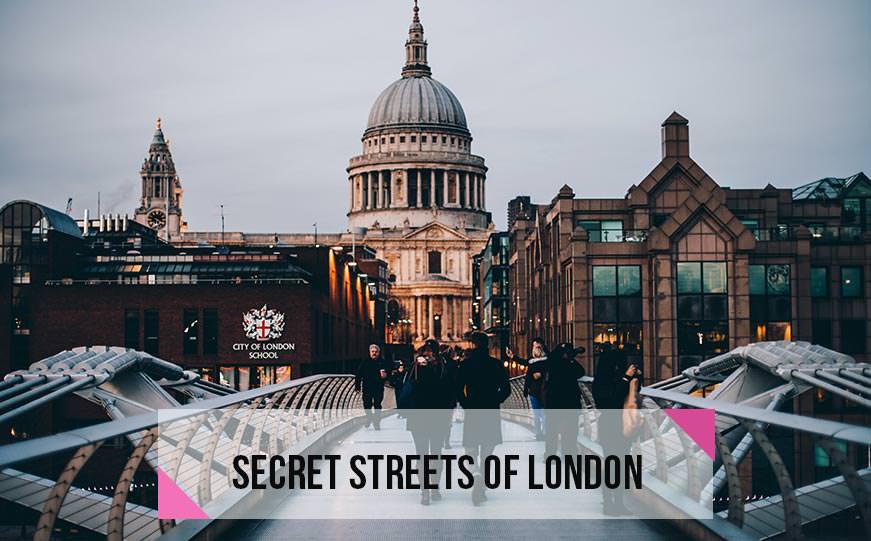 Last week, we went on a 48hour city break to the English Capital.

We stayed in a hotel packed with eco-friendly features, that we’ll talk about soon. They proposed self-guided free walking tour, with directions.

The walks were as short as 15 minutes in the historical parts of London, up to 2 hours and a half

The one we chose was The secret City tour.We think it originally was designed by Richard’s Jones ( the pioneer of London walking tours).

We loved the experience so much; we thought we’d share it with you for your next city trip to London;

This walking tour promises to visit London off the beaten track.
It will take you from Tower Hill Station to St Paul’s metro station through hidden streets and tiny alleys, following the steps of Dickens himself.

Best time to do the tour : We did our visit on a Saturday morning, and it was very calm which made it even more magical.

Side note: You’ll cross many churches on the way, most of them are closed on Saturday Mornings. A pity if you want to enter and visit

Step one : admire tower of london 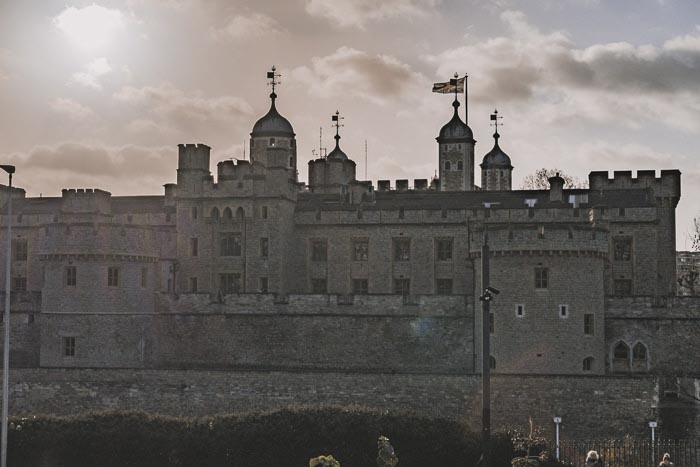 The tower of London was founded in the 11th Former Royal Palace, it’s mainly famous for being a jail and a place for executions. A fire hit the building in 1841.
More on the Tower of London here

N° 10 trinity square is a listed building.
It used to be the headquarters of the Port of London Authority. Built-in Beaux Arts styles this magnificent building is the property of a high-end hotel

St Olave’s church is a medieval church and one of London’s smallest. Read more

STEP FOUR: A VIEW ON THE GHERKIN 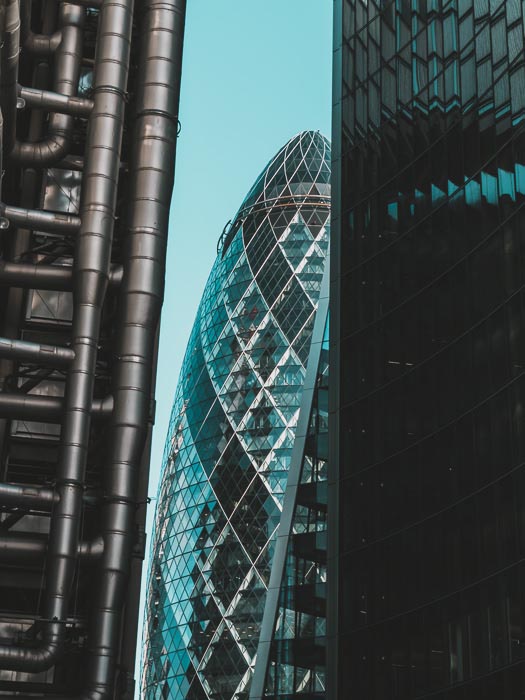 All Hallows Staining used to be a church, and all that remains is its tower built around 1320. Staining means stone. More info 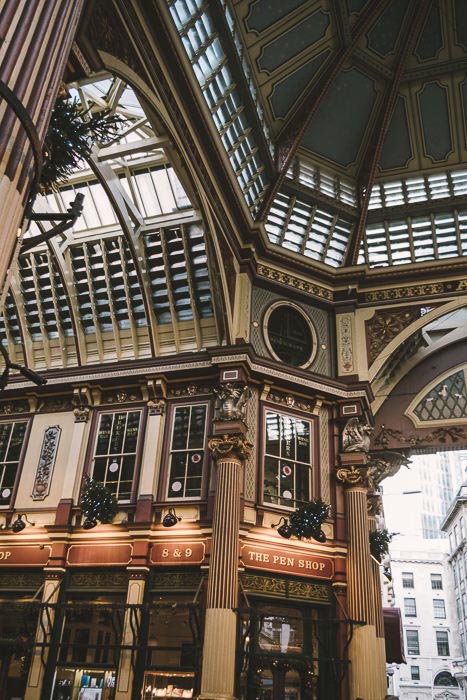 Leadenhall Market is one of the oldest covered markets in London and was designed in 1881. If it looks familiar, it’s probably because you saw it in Harry Potter.
More on the Market

George and Vulture, is a pub built in 1748 and used to be an inn. It was mentioned 20 times at least in the Pickwick Papers by Charles Dickens. Read more

STEP 7: head to the royal exchange

Royal Exchange Building was founded in the 16th century by Thomas Gresham. It was twice destroyed by fire. The current version was open in 1844 by Queen Victoria. Now home to luxury shops. A panel at the entrance gives you some history on the building as you step in

The church of Stephen Walbrook was said to be one of the most beautiful churches and famous all over Europe. Henry Moor carved the altar.

Williamson’s Tavern: Used to be the official residence of the Lord Mayor during the 17th 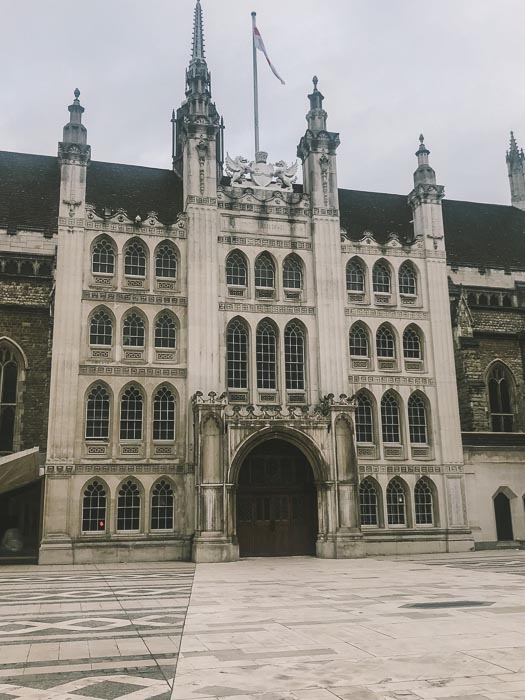 London Guildhall: grade I listed building. An administrative building used as a town hall for over 100. Read More 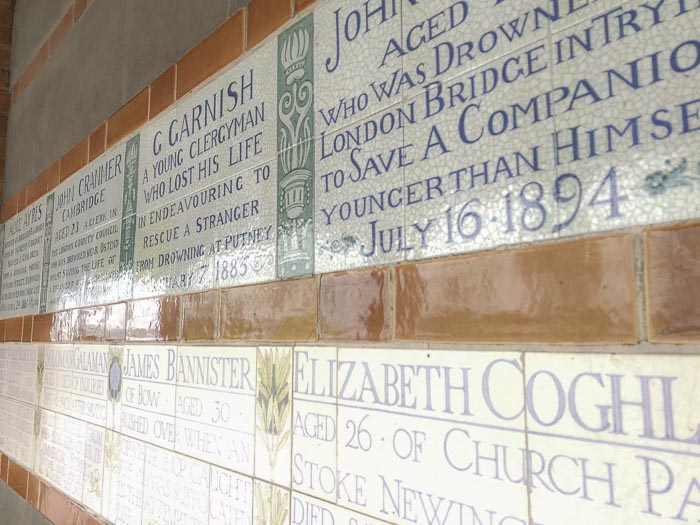 Memorial to Self Sacrifice: inspired by a painter in 1887, it commemorates everyday heroism acts of those who lost their lives to save others. More info 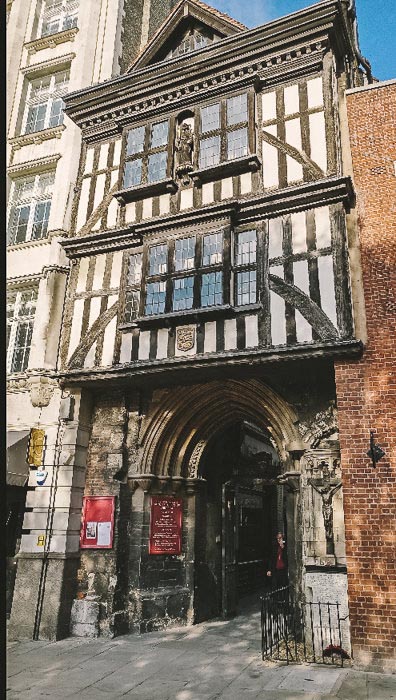 Cloth-fair was held every year until 1855. The monks established it. Learn more 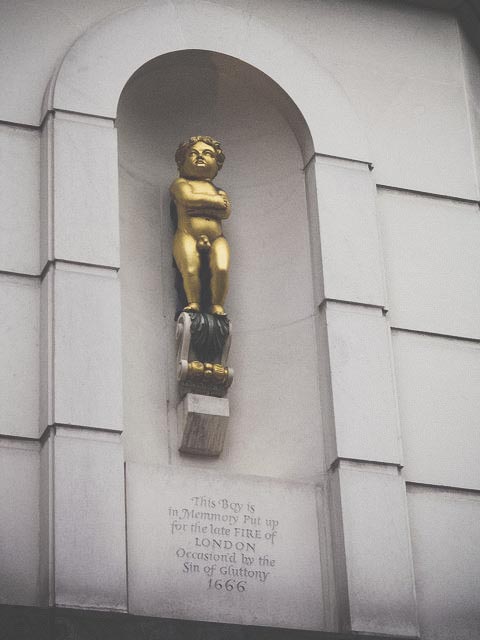 Before heading to the station, we made a detour to St Paul’s Cathedral.

A must see in London’s heritage, with its domes and whispering gallery, if you have the budget (18 pounds per adult, in December 2018).

We hope you enjoy it, and if you do it, tell us what your favourite stop on the walk was.

What’s your favourite walking tour in London ? Tell us in the comments