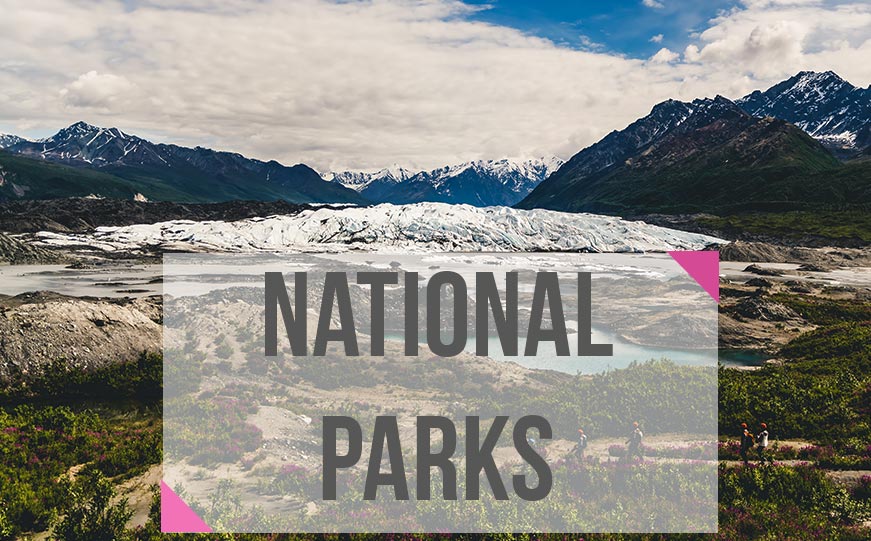 #naturelovers, we’ve selected ten national parks around the world for your next eco-friendly holidays

From the largest in the world to preserved marine reserves for ocean enthusiasts, our selection takes you around the world to discover marvelous nature destinations. 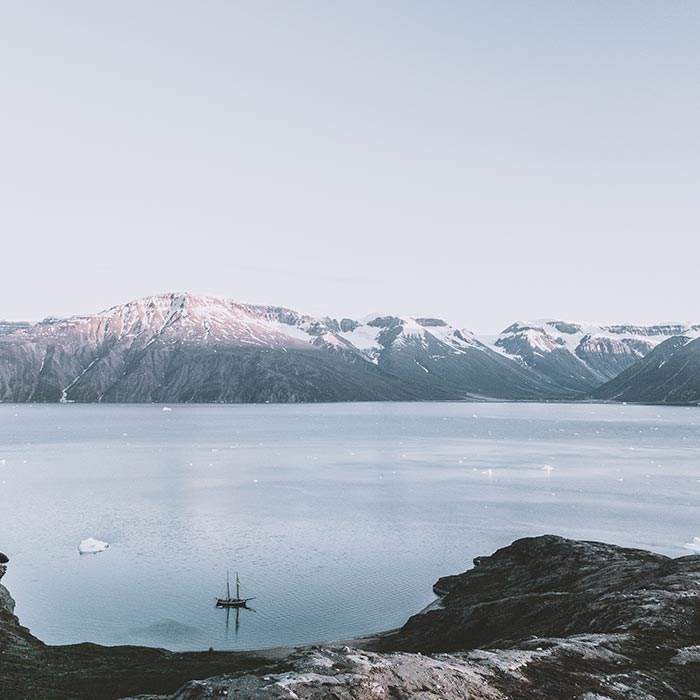 As big as France and Spain put together, with a coastline of 18,000 kilometers it is located in the northernmost part of the planet.

With only 40 inhabitants the national park welcomes many scientific expeditions as well as travelers willing to discover its fauna and flora or the traces of ancient settlements. 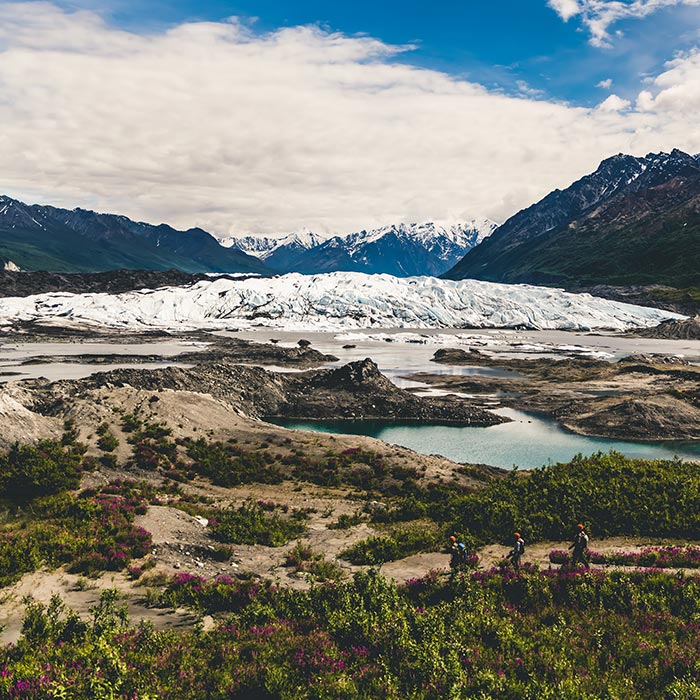 300km east of Anchorage this national park is unique in the world.

With 53 000 square kilometers, it is north Americas largest national park, almost as big as Switzerland.

Four mountain ranges meet in the national park; it is home to a variety of plants and wildlife. The park is UNESCO classified since 1979.

Visitors to this exceptional national park, come to hike its trails, raft on its rivers or do mountain climbing. 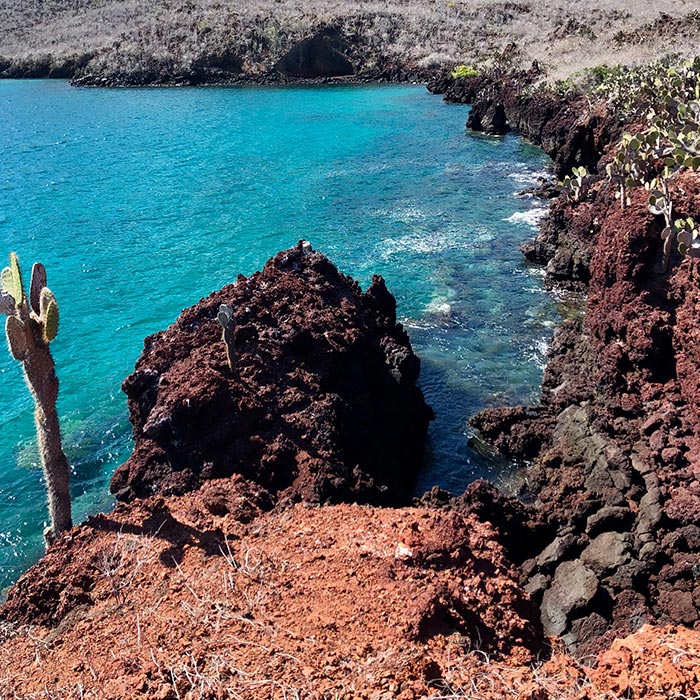 Declared world natural heritage site by the Unesco in 1998, the Galapagos Marine Reserve is one of the largest in the world with its 133 000 square kilometers.

This major marine life sanctuary has the particularity of being at the confluence of several oceanic currents.

It generates a mix of cold and hot water which have encouraged the establishment of different species.

Travelers can explore the reserve on their own in the famous harbors of the area. The remote areas are only accessible accompanied by official operators either for diving, snorkeling or kayaking. 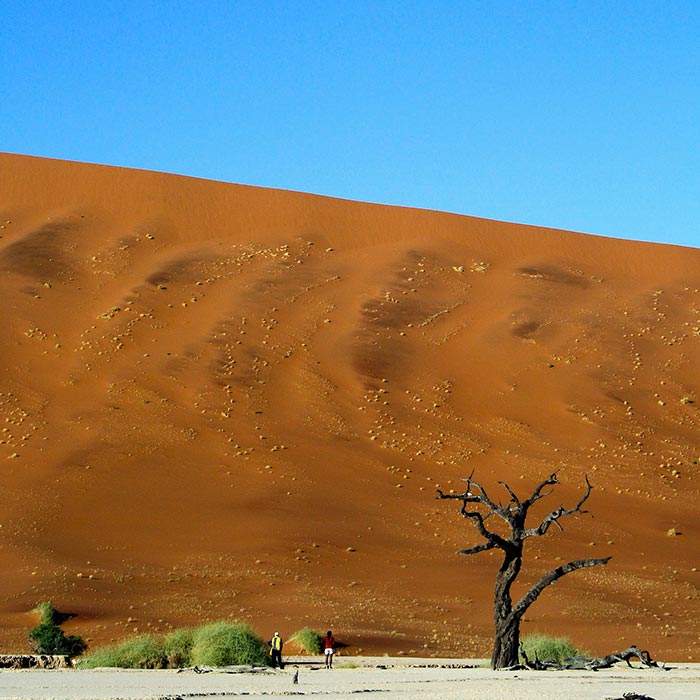 This ecologically protected area was proclaimed by Namibia in 1979. Situated along the Atlantic Coast of the country, the park covers an area of 49800 square kilometers.

Travelers heading to the national park will discover the Namib Desert, one of the world oldest deserts in the world, where the highest dunes can reach a height of 300 meters.

Hikers will be able to visit the Naukluft Mountains or trek in the Canyons.

Only a small part of the National Park is open to travelers. 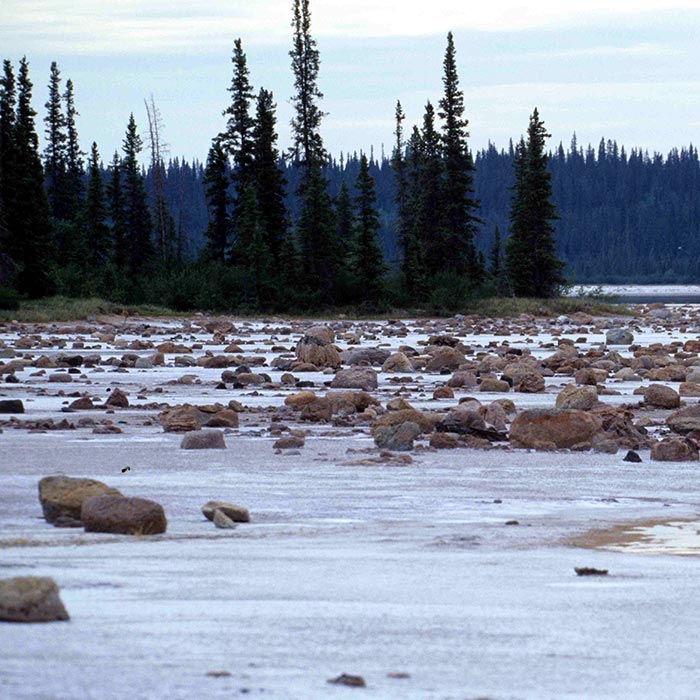 Created in 1922 to protect the last herds of Bison in Northern Canada, Wood Buffalo National Park is the countries largest park and one of the biggest in the world.

Listed as a UNESCO heritage site, it is also a nesting zone for geese and ducks.

Open all year; the national park is most popular from June to August, visitors can stay overnight thanks to campground facilities and rental cabins.

This magnificent destination for wildlife observation offers hiking trails as short as 1 km up to 14 km with different levels of difficulty. 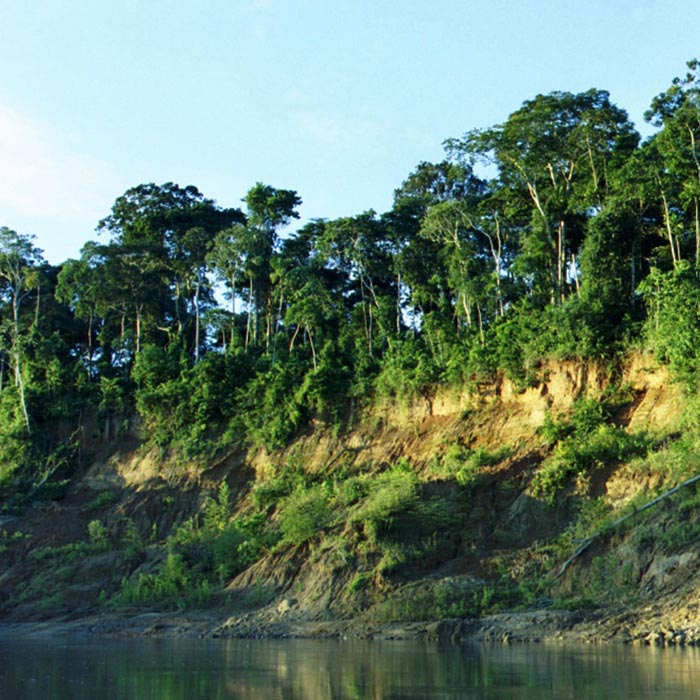 Manu National Park (Parque Nacional del Manu in Spanish) is a national park and biosphere reserve located in the regions of Madre de Dios and Cusco in Peru.

It protects diverse ecosystems such as lowland rainforests, cloud forests and Andean grasslands.

The national park hosts over 1000 species of birds, but is also home to jaguars, pumas, otters, bears, monkeys, and tapirs.

Only five areas of the national park are open to visitors, who can enjoy hiking, bird and wildlife watching. The national park hosts camping sites, viewpoints and a canopy walkway. 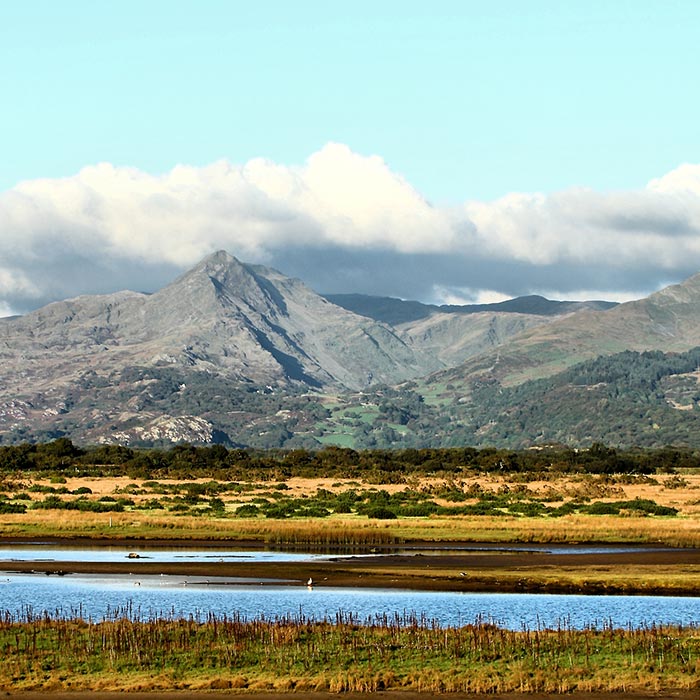 Situated on the west coast of Britain covering 2 176 km², Snowdonia is one of Wales 3 National parks, the largest and maybe the most visited.

Half of its territory is 300 m above sea level, and there are approximately 1500 miles of public footpaths, which make it an excellent destination for hikers.

The 700 km of rivers of the park make it a paradise for watersports enthusiasts who can enjoy sailing, kayaking or even white water rafting in its waters.

Getting there: multiple options depending on which area of the park you want to visit. 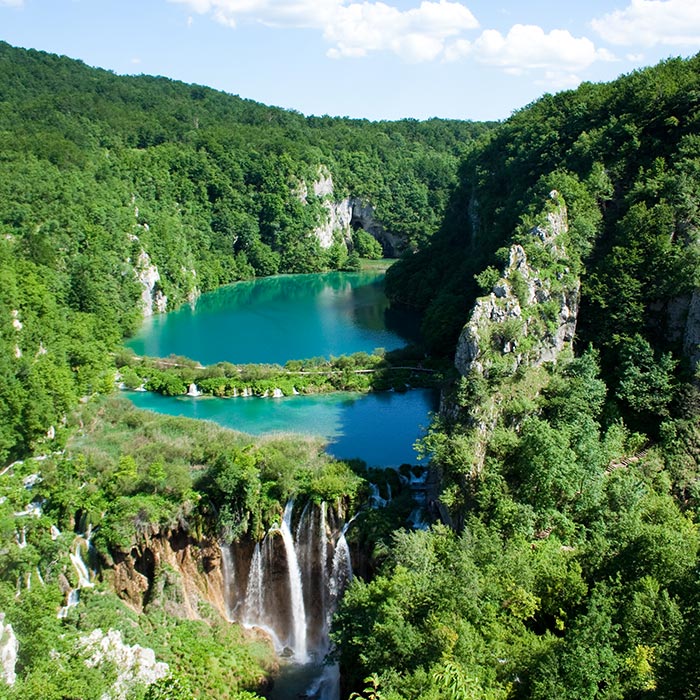 The first national park in Croatia, it was created in 1949. The lakes of outstanding universal value according to UNESCO result from the tufa formation process.

Covering an area of 300 square kilometers the park is primarily covered of forest vegetation.

Located between Mala Kaela and Licka Pljesivica mountains, the main attraction for visitors is the 16 lakes that only represent 1% of the total area of the national park.

The lake system can be hiked through 4 hiking trails or 7 walking paths.

The national park is also the land of over 1400 different plant species which represents 30% of the countries flora. 259 different animal species have established in the area.

Getting there:  There are two entrances to the national park with free parking. The second entrance can be reached by bus 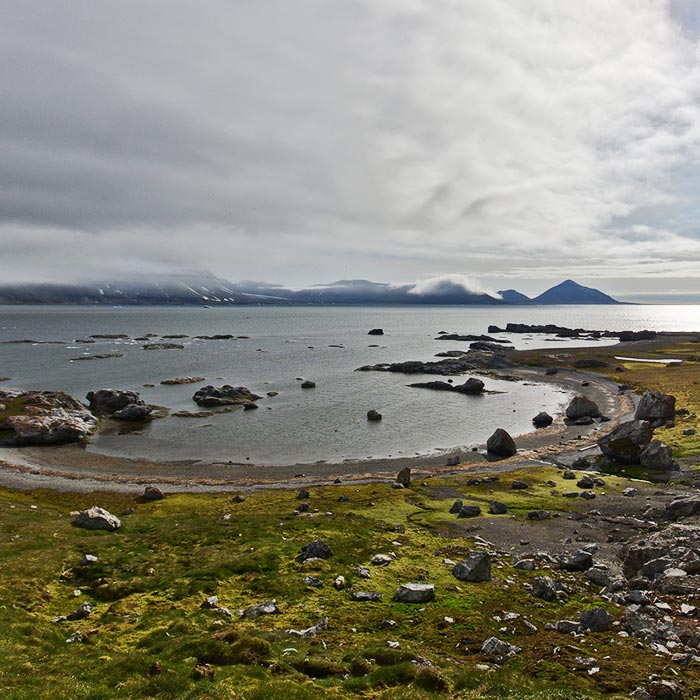 Located between the Norway Mainland and the North Pole, the Svalbard islands archipelago is home to seven different national parks.

Two-thirds of the territory of the archipelago is a protected zone. This area is wild and also known as the polar bear country. These national parks feature glaciers and mountains as well as wetlands.

Certified sustainable tourism destination,  the Svalbard islands count only 3,000 inhabitants, mostly living in Longyearbyen, the administrative center of the archipelago.

Getting there is only possible through connections via Oslo and Tromso. 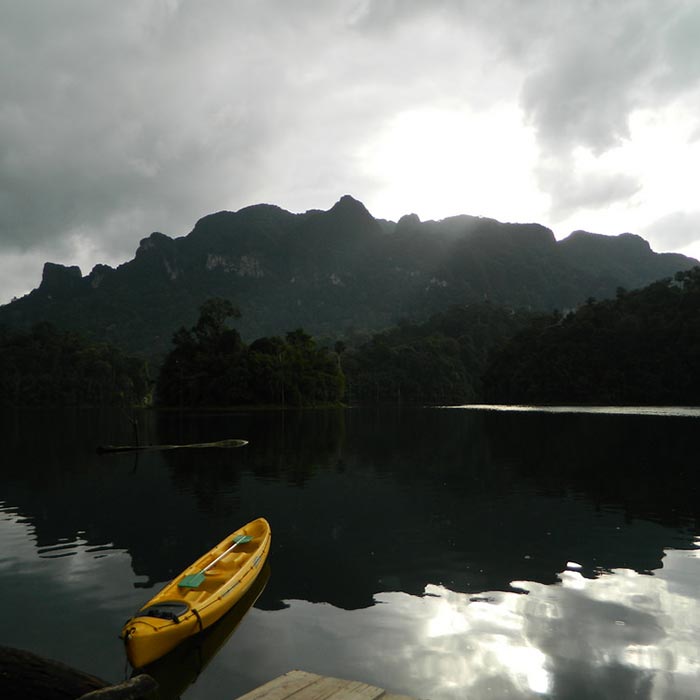 The tallest peak in the National Park is 960m in height.

There are approximately 200 different floral species found here per hectare, 48 mammal species, over 300 species of birds, not to mention reptiles, bats and insects.

The park also includes a lake which stretches of 165 km², resulting from the creation of a hydroelectric power station in the 1980s.

Although the impact of the creation of the lake in the 1980s on animals which were displaced by the flooding can be considered as negative, the lake has provided opportunities for the local economy, with established ecotourism businesses.

Ever visited one of these national parks? Have questions on a specific one? Let’s discuss in the comments.