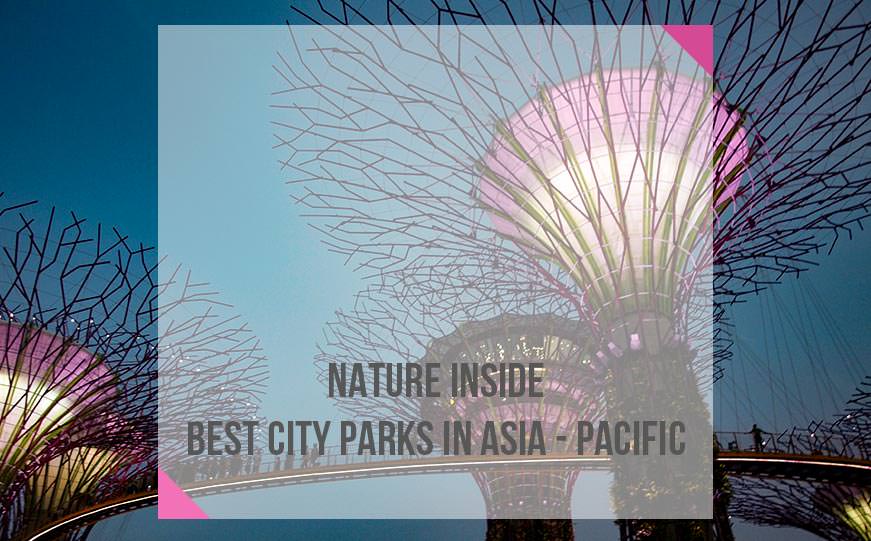 Heading to Asian capitals? We’re sure you already have a lot of things on your travel list.

Asian cities are great to walk through, watch life scenes, discover local culture and busy streets. But you have to admit, once in a while getting out of the noise and traffic can be necessary.

Surprisingly enough, some of the biggest Asian capitals also happen to have a high number of green spaces. And often parks are a meeting place for families and friends during the weekend. A great occasion to do people watching and discover the traditions of the city you are visiting

After Europe, and the Americas, our series of articles on worlds best cities with parks ends here so let’s get straight into it! 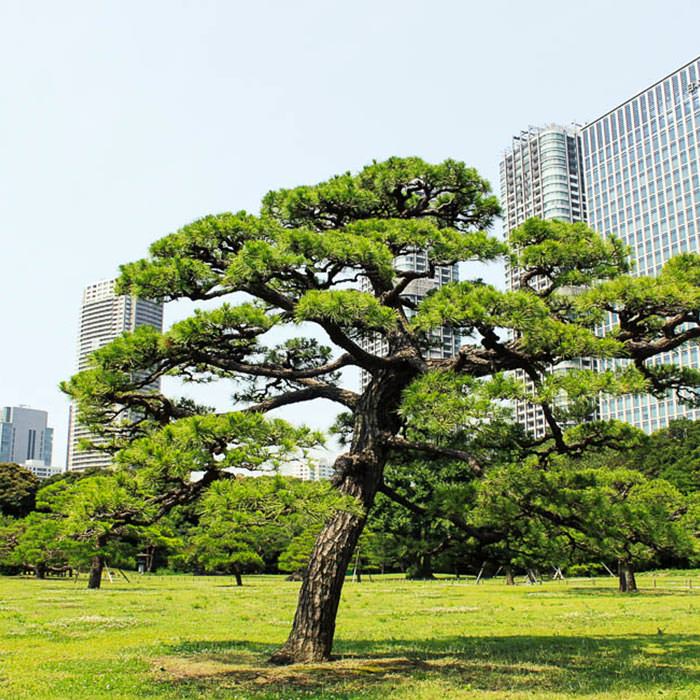 The Japan capital counts numerous parks and gardens and even has 4 national parks in the Tokyo prefecture, among which one that is classified World Heritage Site.

We cannot list all the beautiful parks in Tokyo, but we’ll focus on two that attracted us on paper.

HamaRikyu gardens is a public park in Chuo. Opened in 1946, this garden has a very distinct style of Japanese landscaping. The park stands out for its excellent use of water, and also has a pond, namely Shioiri Pond, which you can cross over using a wooden bridge.

Several picnic sites are available in the garden, often enjoyed by the locals. The pond is the home of a traditional Japanese tea house.

If you happen to be there at New Year, you may happen to sea Aikido demonstrations.

Another interesting park, especially in spring, is Yoyogi Park. On this site, the first powered aircraft flight of Japan was operated in 1910. After being a parade area for the army, it then housed the main Olympic village during the games of 1964. Three years later it was turned into a park.

Still one of the biggest parks of the Shibuya Ward, the park is famous for the cherry blossom observation during Hanami (Learn more on Hanami). The park is also a meeting place for music fans, comedians, martial arts clubs and cosplayers. 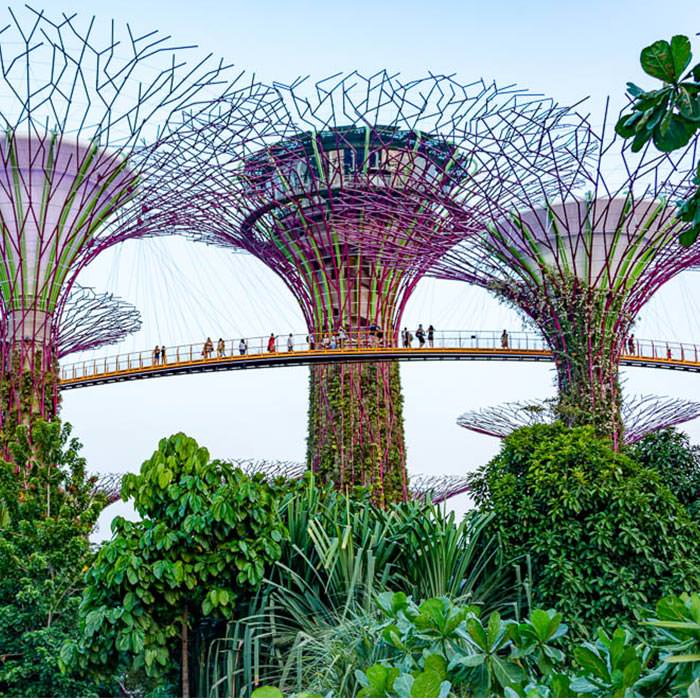 Drum roll : 47% of the space here is covered with greenspaces according to the World Cities Forum. So if there is one place in Asia where you will not lack of nature it is certainly there.

The most famous park is probably the Singapore Botanic Gardens, which cover 74 hectares alone. This 150-year-old garden is very popular and not only among tourists. It has an ethnobotany garden, an orchid garden as well as a learning forest and a children’s garden.

Volunteers conduct free guided tours each Saturday, and you can check the different tours here

Another famous Singapore Garden is called Gardens by the Bay. We bet you probably saw it on the #gram and especially it’s very photogenic SuperTree Grove. The grove is composed of 8 structures in metal covered with plants and vegetation. A Skywalk between the two highest “trees” (for the bravest) attracts many to get a global picture of the park.

Aside from the supertrees the park also has a heritage garden, a conservatory forest and other pavilions. Last but not least, the entrance is free apart from some temporary expos from time to time.

The last thing we noted on Singapore is that the National Parks website invites you to do some park hopping thanks’ to it’s Park Connector Network. It’s an island-wide network of open spaces that link parks and natural sites together. 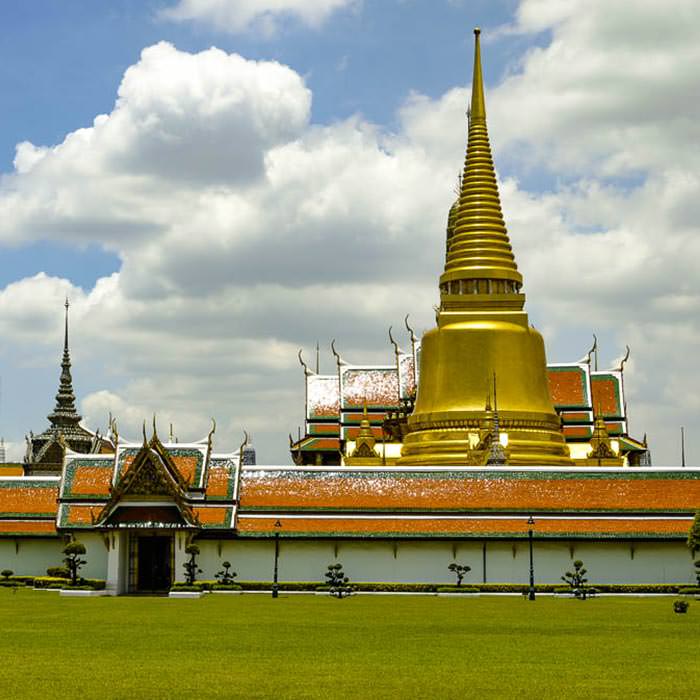 You may not believe it, but the Thai capital counts over 30 parks.

The biggest one, in the eastern suburbs of Prawet district, is King Ram IX park. The park is almost 80 hectares and is very famous for its 5 km long jogging trail. It counts numerous gardens, a pond where you can hire pedal boats and a botanical garden. A flower festival takes place every year in December.

Lumpini park is one of the city’s oldest and biggest parks. It’s also the most famous one among foreign visitors given its close connection to many international hotels. In the morning, the park is the rendez-vous of joggers, bikers and tai chi fans. 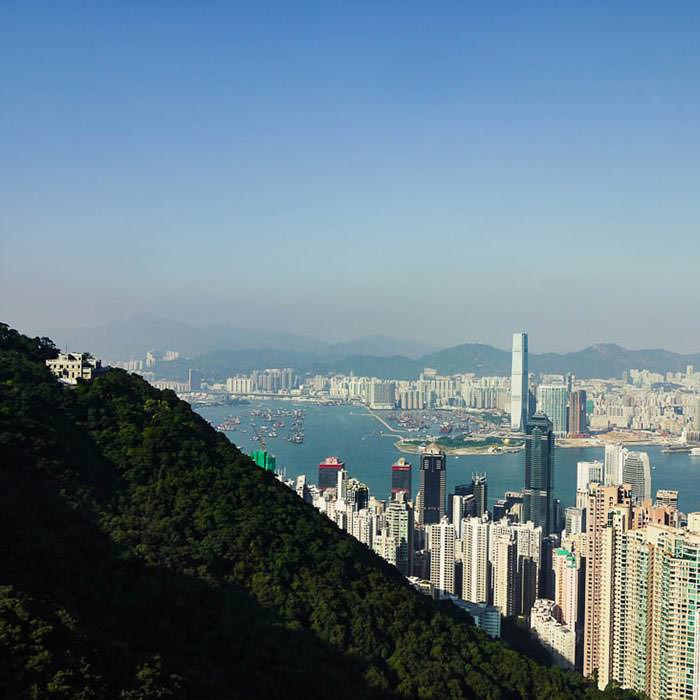 Hong Kong is a busy city. On either sides of the bay, you’ll find great parks. Whether you’re willing to relax, do bird watching, see rare orchids, or do some workout, you’ll definitely find a park that suits you around Hong Kong.

Here is our pick:

Not going to the Victoria Peak while in Hong Kong would make you miss something. Getting there with the old tram and watching the views is a blast. But you have to admit, the place is highly touristy and from time to time it can be … a little too much.

The good news is the Victoria Peak Park can allow you to get away from the bustle and hustle especially on a highly attended day. The park is a Chinese style garden and the former alternate residence of the Governor of Hong Kong was located here.

Getting to the park from the peak will take you a 30-minute walk through a forest road. At an elevation of 554 metres above sea level, the bonus of getting there is you will get great views of the city from the other side.

Hong Kong Park is a green oasis, in the middle of skycrapers. A great way to escape the busy financial district. The park has a greenhouse, an aviary, fountains and lily ponds.

The gardens also have a tai chi garden and Olympic square and a museum. The aviary counts over 80 species of birds in a tropical forest. Free guided bird watching tours are held every week on Wednesdays. 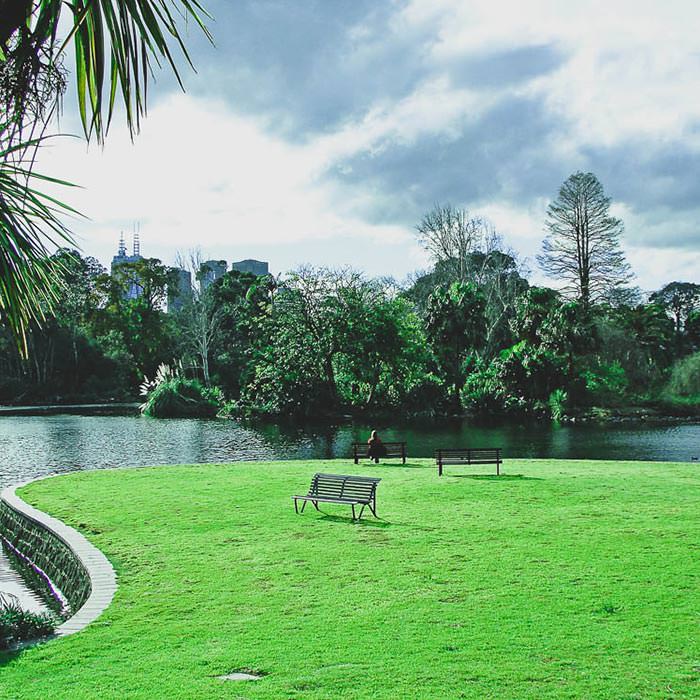 Going all the way to Australia? If you’re heading to Melbourne you should not miss the Royal Botanical Gardens. They are famous around the world and were established in 1846.

This 38 hectare garden is a must see and counts an ornamental lake, a bamboo collection or a rose collection, just to name a few. Over 50 000 species of plants can be observed, so plan a little time to visit the area.

The botanical gardens have a mission of conservation, sciences, and education. The Ian Potter Foundation Children’s Garden is one of the most popular gardens in the area. Kids have access to the ruined garden, the wetland area, bamboo forest, gorge, plant tunnel, rill and kitchen garden.

Other main spots of the Royal Botanic Gardens include the National Herbarium, Tropical Hothouse, Plant Craft Cottage and the Guilfoyle’s Volcano water reservoir.

How about you ? Ever been to one of these parks ? What’s your favorite city with parks in Asia/Pacifc? Tell us in the comments