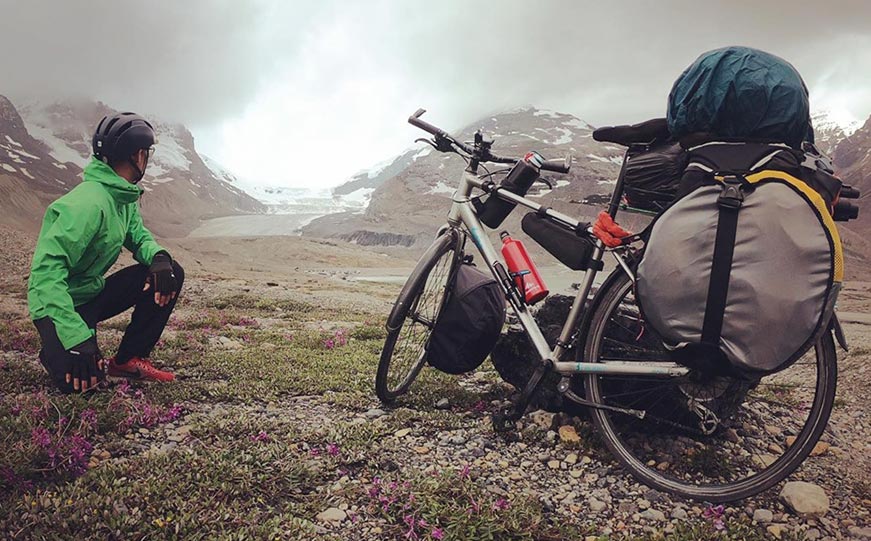 The adventure of Thomas Destailleur, an eco-adventurer originating from northern France and living in Toronto, which began early July and was supposed to last more than two months, ended tragically in the middle of last week during the second stage of his crossing of Canada by bike and kayak.

An adventure to reconcile man and his planet

Thomas Destailleur, who left Jasper, Canada at the beginning of July through his Open Your Wild project, which he told us about in an interview, had the ambition to cross Canada to reach the Arctic through a sporting challenge by bike and kayak.

A challenge, but also a trip to raise awareness on climate change and eco-friendly travel, which was in line with our values and made us want to share it with you.

From his preparation, training and departure, we followed his progress daily.

The cycling stage had gone smoothly, despite the rain and the busy roads that didn’t seem “wild and natural enough” for him he had shared.

His second lap, in Kayak, started on July 18.

Thomas had to cope with storms, face increasing winds, and waves on Great Slave Lake in northern Canada. The day before his death, he mentioned his difficulties in his last post on social networks.

A post shared by Thomas Open Your Wild (@thomas_openyourwild)

Without news from him, his family, whom he informed daily of his progress, alerted the authorities on Wednesday 31 July. His overturned kayak was spotted by Royal Canadian Police aircraft, his body then found a few meters away.

His objective through his adventure, which he named Open Your Wild and whose route he detailed for us, was both to challenge himself, but above all to document through a film his encounters with the inhabitants and local actors.

Nature lover, experienced sportsman and frequent traveller, Thomas wanted to act at his level to raise awareness on ecology and the environmental crisis.

He also wanted to highlight simple ways to act every day and share his tips for eco-friendly travelling.

In an interview with a French regional daily newspaper (La Voix du Nord), Thomas’ family and friends gathered on Sunday indicated that they wish to continue and make him live through the Open Your Wild Facebook page , and highlight his action thanks to the videos filmed by Thomas during his journey.

We will remember his smile, his unbreakable will to make things happen by putting them in the spotlight and his ability to question ourselves about our daily lives but also to act.

To his family, his relatives, his friends, it is with sincere sadness that we send our condolences and our sympathy in this painful time.