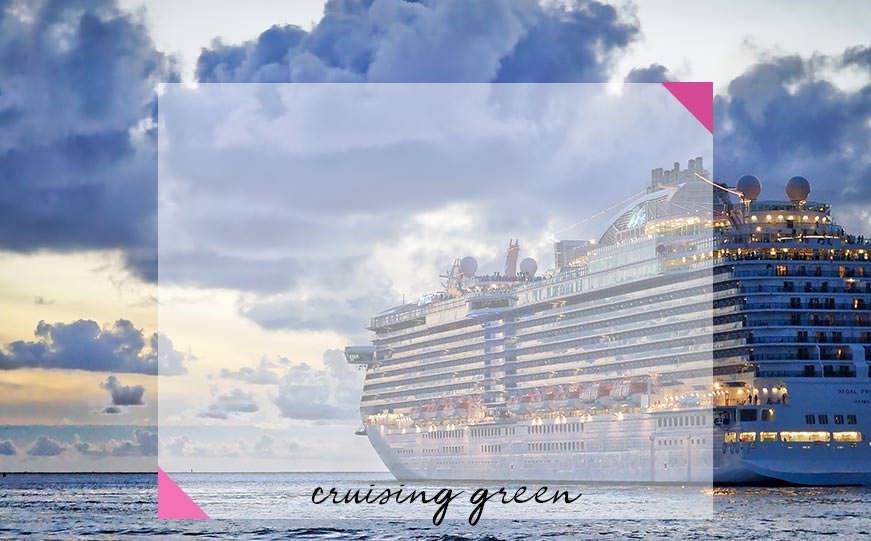 Ocean cruises is one of the fastest growing segments of leisure tourism. 25 million people cruised on the world’s seas in 2017. Numerous studies have been published on the impacts of cruise tourism on marine environment. In this article we’ll go through the “ugly” facts of ocean cruising, and we’ll see if it’s possible to find  sustainable alternatives to giant cruise boats.

If you were thinking going on a cruise on a giant ship, would make you breathe fresh air while you look at the horizon from the deck, sorry, but you were wrong.  Environmental protection organizations, and reporters from the UK or France measured the pollution of cruise boats.

In 2017, the UK television show Channel 4 dispatches released an investigation showing that cruising was not so pretty for the environment and for our health. During their undercover investigation on one of the most famous UK cruising boats, they measured that ultra fine particules air pollution on the ship was double than the one of Piccadilly circus, London.

Running pools, casinos, fridges, air con, powering needs never stop on a cruise ship even when it’s passengers leave to explore the city they port at.

In Marseille, France a similar study than the one mentioned above, was run by a French Association, France Nature Environment , while the worlds biggest tourist cruiser was in the harbour. The Ultra Fine Particles measured were 20 times more important close to the ship.

This air pollution is  mainly due to the type of heavy fuel oil that is used in the maritime transport which is legally permitted to contain 3,500 times more sulphur than the one we use in our cars.

When in port, ships must use a lighter version of the fuel, but once in the middle of the ocean, the heavy one is their priority (you guessed it’s cheaper, didn’t you).

Those studies all reveal that the daily emissions of a cruise ship  in terms of CO2 and ultrafine particles is equivalent to the one of a million cars!

Impacts on the environment of cruise ships is not only a question of air, it’s also harmful for the oceans.

Friends of the Earth , estimated that a ship like Explorer of the Seas, which can host  a little more than 4000 passengers produces 1.9 million liters of waste waters and 19 tons of solid waste.

And guess what? Maritime regulations allow treated sewage to be “flushed” into the sea if the ships are more than three nautical miles from the shore. Grey waters (from showers, sinks, dishwashers for example) can also, in some regions, be directly drained into the sea. These can contain oil, soap, food waste. The practice is illegal in rivers but not in the ocean. Beyond twelve nautic miles even raw sewage can be dumped.

The pollution from sewage water increases the risk of more “dead zones” in the ocean and is a threat to marine species.
(add that to plastic, like we said here, and you can see the drama coming)

Cradle to cradle, not

The last alarming point, is boats end-of-life, which is still some sort of taboo, or at least not the first thing that comes to mind when you think of environmental impacts.

The shipbreaking platform NGO, whose goal is to prevent toxic end-of-life ships, states that most ships sold for breaking today are dismantled directly on beaches of India, Pakistan and Bangladesh. A source of both extreme sea pollution, dangerous working conditions, and exploitation of humans. That’s true both for maritime and cruise ships.

Can we hope for greener alternatives?

The first good news is that industry players are turning to more sustainable approaches.

As far as fuel is concerned, some major lines, namely Carnival Corporation (Costa) and MSC or Royal Carribean have announced they are constructing boats (13 are currently being built) that will use Liquid Natural Gaz (LNG). A much less polluting alternative.

Many efforts are taken also on having better waste management practices, smoke rejection cleaning systems and educating passengers and making them actors of environment protection on the boat during their stay.

Friends of the Earth mentioned that most recent ships have installed advanced sewage waste water treatments avoiding ocean pollution. They evaluate cruise lines and cruise ships on different environmental criterias. If you’re interested, here’s one of the latest

Greener cruise ships, some already exist, others on the way

Cruise liner Hurtigruten is known for it’s adventure cruises. They have always been implicated in environmental protection.
Since a 100 years, they work with in collaboration with the Norwegian Water Research Institute (NIVA), to contribute to oceanographic research. Their  MS Trollfjord  ship carries a “Ferrybox” that automatically collects data on the waters. Every 15 minutes, the science station in the pump room transmits valuable environmental data on salinity, temperature, algae, particles, etc. to NIVA.

In addition to that, they will launch in 2019 the two first  hybrid powered cruise ships, which will use a battery system to power them. They also announced end of may, that they will ban plastic from all their ships.

If you’re patient enough, here’s the greenest (to us)

Here’s the project that we like the most the Ecoship by Peace Boat. Not only because it seems to be the greenest one to come, but also because Peace Boat NGO has been working for over 35 years to raise awareness on global issues and to promote peace, human rights, sustainability, respect of the environment and sustainable tourism.

It will have a capacity of 2000 people only, which sounds nicer than a floating Las Vegas.

But here are the really cool features:

How does that sound ? you can read more about ecoship here

It therefore seems possible to make an eco-friendly cruise today, some being better than others. So be sure to look up as much of information as possible before you choose a cruise.

As far as we’re concerned, and if you hadn’t understood, we’d be up to cruise with Hurtigruten (remember Norway is in our top 2018 destinations), but we have a real crush on EcoShip.
Not only for all the eco-friendly aspects of the project but also for the global approach of the NGO which is at its origin.
Let’s hope the tickets will be affordable, because we’re ready to board to see that in real!

Have you ever found an eco-friendly cruise? Feel like cruising with the EcoShip? Tell us in the comments