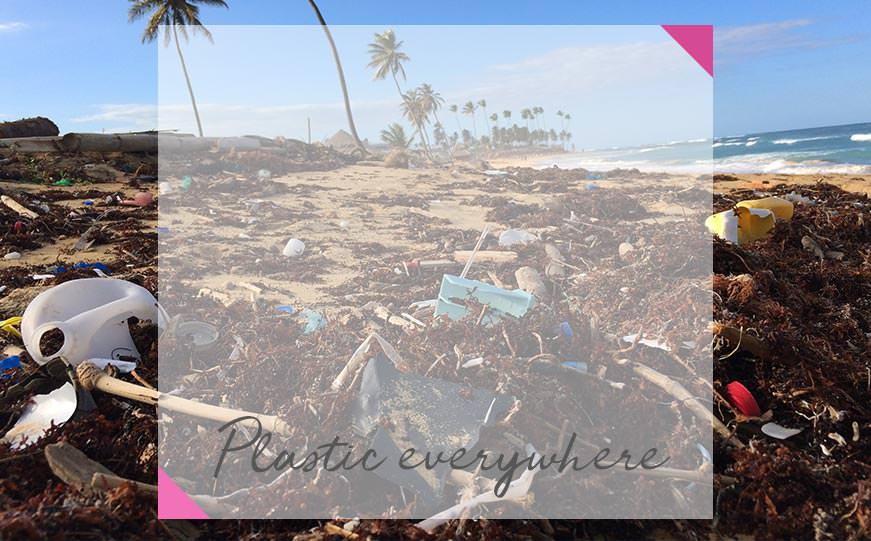 Once considered as revolutionary and bringing us new products that made our life easier,  plastic is now rather making the bad buzz. More and more places around the world are taking pledges to reduce single-use plastic, one of the first sources of ocean pollution.

When travelling whether on a hike in the countryside or going to a hotel, single use plastic is still everywhere. Here’s a roundup of what destinations and tourism businesses are doing to reduce the plastic crisis.

Why is plastic no longer hype?

In 50 years, the usage of plastic has doubled and should double again in the next 20 years. Single-use items represents 44% of the global plastic consumption, mainly coming from the packaging industry.  And only a small portion of plastic is recycled in the world. According to the 2017 Science Advance study only 9% of the plastic we ever produced and we discarded was recycled, 60% of it went to landfill or directly in nature.

Not a single week passes without a headline on the great garbage patch, that is 3 times the size of France, or the devastation of plastic on marine species. As we mentioned here, you also know by now, that according to the Ellen Mac Arthur foundation there could be more plastic (by weight) in the ocean than fish if we don’t change our habits.

The battle against plastic started with the ban of lightweight plastic bags. Many places simply decided to ban or to tax them. The next battle concerns single use plastic products.

In Europe, 43 % of marine litter comes from single use plastic items, 27% from fishing gear. In the USA alone, 500 000 000 straws are used every day, something like 1.6 straws a day per habitant. The Ocean Conservancy who organizes yearly beach clean ups, stated that straws were the 7th most found item, and the number of straws collected during their last campaign was equivalent to 145 times the height of the New York City One World Trade Center.

Straws have become the number one priority ! Some coastal destinations are leading the battle and have simply chosen to ban plastic and other single-use items.

The Island of Sikinos is the first in Greece to ban plastic straws. They will be replaced by reusable or biodegradable options.

The Vanuatu ministry of Tourism officially announced that it was the first pacific island nation to ban plastic bags, straws and polystyrene take away boxes. The ban will be effective as of July the 1st 2018. The ban should go further, and concern other single use items likes forks and knives in the future.

The Isole Tremiti achipelago in Italy banned plastic plates, cups and cutlery as of May the 1st on the islands. And if you’re caught using plastic during your picnic you could get a fine between 50 to 500 euros. The decision was imposed to reduce the very high levels of plastic particles that were found around the island.

Alameda, Manhattan Beach, Monmouth Beach, Carmel,Malibu, Seattle, Davis, San Luis Obispo, Miami Beach and Fort Myers, all these cities on the coast in the USA  have locally taken action to ban or limit the usage of plastic straws.

Single use bottles, straws and balloons are no longer welcome in events organized by the Brisbane Council. A great initiative to raise awareness on the plastic crisis

Places where it’s about to happen

Prime Minister Theresa May announced that banning straws and cotton buds was part of the proposed law to reduce plastic waste in the UK. In the United Kingdom alone 8.5 billion straws are thrown away every year. The UK has already banned microbeads and is also working on a deposit return program for drinks containers in England.

The city is the first in Switzerland to propose a straw ban. The ban should be effective in January 2019. You can read more about it in this article (in French) here

The European Commission revealed its strategy against plastic on May the 28th. Single-use items in plastic are the top priority of the proposed strategy. From cotton buds to disposable wipes and chips packaging, every day to day product is concerned. The plan is to either ban them or ask industry players to participate in the cost of their recycling. The draft directive must now be negotiated between member states and the EU Parliament before it comes into effect. Read the European Commission fact sheet

In Canada, Vancouver voted the ban of plastic straws and polystyrene food containers, it also aims at taxing coffee cups. This will be effective in June 2019. Montreal who has already banned lightweight plastic bags could follow, they recently said they were thinking of banning plastic water bottles in the city buildings.

A New York city council member introduced a bill to ban plastic straws from the Big Apple; Meanwhile, he strongly encouraged businesses to stop automatically providing straws with orders and only provide them on demand. A similar ban will be proposed in San Francisco.

The tourism business join the battle

The tourism industry plays a major role, and as travellers, we are regularly exposed and consume single-use items like:

We’ve come across numerous initiatives from hotels, bars and restaurants that are banning straws in their drinks either offering eco-friendly alternatives or simply only providing them to people that require them.

That’s true worldwide from the UK to Hawaii, South East Asia or the Middle East. Some of the major hotel and restaurant groups have set goals as part of their sustainability strategy: it’s the case of Scandic Hotels Group, Marriott, Four Seasons, Hilton, Accor, Jumeirah to name a few. 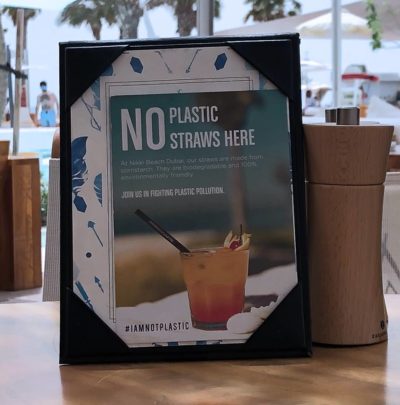 For the Hilton group alone, removing straws from its 650 properties represents 5 million straws per year.

Frequent flyers know that planes are pilled-up with single use products.  From take-off to landing,  hard to find something eco-friendly on a plane. Good news is airlines have put the reduction of plastic in their sustainability strategies.

Reducing single use plastic items has become a worldwide concern, especially in coastal areas and touristy regions. All industry players will need to find alternatives to offset the plastic crisis. As travellers, alternatives already exist. We’ll make an article on some alternative products we’ve spotted soon

As far as straws are concerned, the best alternative for us is simply saying no. Truth is, it’s a new habit to take when you place your order and you might get surprised looks from waiters the first times you try.